When country singer Katie Armiger embarked on her first radio tour, the green-eyed 15-year-old from Sugarland, Texas, was brimming with excitement at the prospect of a music career.

The teenager, who loved nothing more than writing and performing her own songs, believed that a radio tour would allow her to follow in the footsteps of her heroes like Patsy Cline, Linda Ronstadt, Martina McBride and all of the other female artists who came before her.

But Armiger told Fox News she would soon learn that the glitz and glamour of the entertainment industry came with a hefty price.

Years before pop superstar Taylor Swift was groped by a radio DJ from Denver, Colo., Armiger says she was fending off a different handsy DJ while she was underage.

"I was at a radio station in Texas and was taking a promo photo with one of the on-air DJs after doing my performances and he grabbed my butt during the photo," Armiger told us. "And at the same time he was whispering in my ear, 'When are you going to be legal?'"

Armiger told us she "was shocked" and "terrified" but had no one to lean on for support.

"I brought up my fears and I was told that's how it was and if I wanted to be in music, I'd have to get over it," she said.

Armiger decided to keep her mouth shut after that, but things came to a head in June 2016 when the singer was sued by her record label, Cold River, and filed a counterclaim alleging the label told her to "sex it up" in order to become successful. 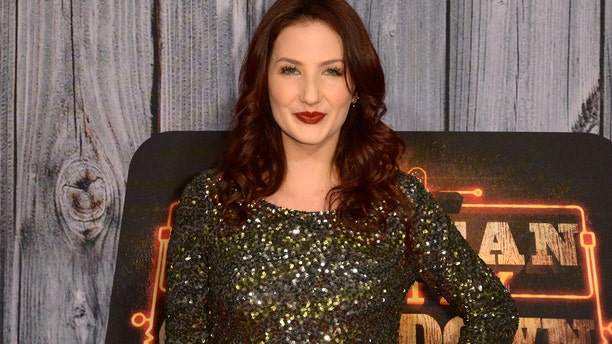 Cold River Record head Pete O'Heeron told Fox News at the time the suit was "baseless" and "an attempt to try and smear good people."

Armiger said she can't comment on her battle with Cold River after a settlement was made, but said she now wants to share her stories of sexual harassment after hearing the bombshell sexual abuse allegations against disgraced movie mogul Harvey Weinstein that have rocked Hollywood.

"There's something really horrible going on behind the scenes," she told us, saying the country music community has its fair share of Weinstein-like behavior.

The now-26-year-old detailed several other stories of sexual harassment that she's encountered. Armiger recalled taking a radio programmer and his team to lunch when the program director asked everyone to share their "top five list of women they would want to sleep with."

After sharing his first choice, Armiger said a radio programmer turned to her, "looking me in the eyes, he said, 'But you would absolutely be my No. 2.'"

Armiger said he then turned to her guitar player and said, "Surely you've been f--king her. Where is she on your list?"

The guitar player suggested the group change the subject to something more appropriate, but Armiger said she still "got flack" for the exchange.

"The programmer called and said if I ever brought that guitar player back again he'd never play my music again," she recalled.

The singer said she was similarly rebuked after a radio DJ was interviewing her about her album "Confessions of a Nice Girl" at the 2010 ACM Awards. 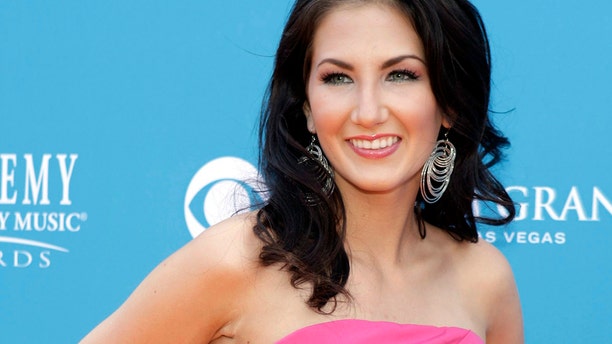 "As we were doing the interview, he is trying to feel me up under the table -- this is on air -- trying to ask me whether or not my album title was true because surely I couldn't be a nice girl. I had to be a naughty girl," Armiger said.

When the DJ later asked her what her least favorite interview question was, Armiger was "pissed" and curtly said, "The worst question is that you're asking me if I'm a nice girl or a naughty girl because what kind of person asks that?"

She said "that didn't go over well" and she learned "not to talk back" after that.

When Armiger filed her lawsuit against Cold River, she said many people in the country music world would not work with her anymore.

"When my story first became public and in the aftermath when I was finally to start looking for other opportunities in the industry, we went to [publishing houses] but we would be met with, 'We're not going to sign you, but we're really a big fan and we just want to know your story and how are you?'"

She continued, "That was the consensus; that was everywhere I went. I would talk to booking agents and they were scared to work with me because they either thought somehow the tour would be canceled or I was a liability to work with."

Armiger said she does not want to name her harassers out of fear of retribution, but she hopes coming forward with her story of harassment in the country music world will make a difference because "it has to change."

"I don't think it will change until people start speaking out, and for the most part they're too scared," she told us. "Look at my story -- they'll see that I spoke out and spoke my truth and thought for the most part people would believe my story. I didn't ever think that it would be met with doubt or disdain."