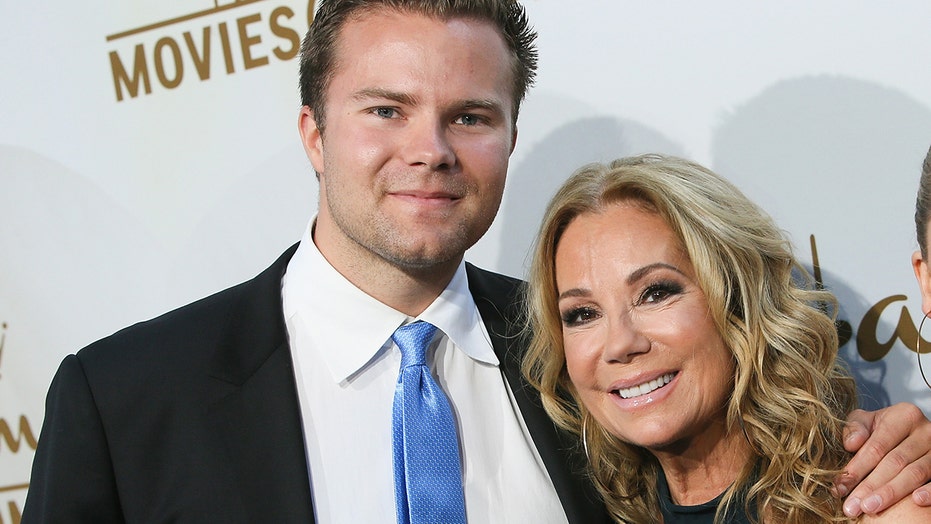 Kathie Lee Gifford said she has given the Greenwich, Connecticut, mansion that she once shared with her late husband, Frank Gifford, to her son Cody and his wife, Erika Brown.

The former "Today Show with Kathie Lee & Hoda" host, 68, whose son married his sweetheart Brown in September 2020, told People magazine that the property has become a relic since she picked up and moved to Nashville in 2019 – but these days, Gifford said, when she travels back to the Northeast, she’s happy to keep the home in the family.

Gifford, whose husband of nearly 30 years died in 2015 at age 84, said the home mostly sat empty when Cody, 31, and Erika lived in California around the time she moved to the South but said the fact that "my son and his wife live there now – just makes me so happy."

Kathie Lee Gifford said her son Cody, pictured here next to Gifford and sister Cassidy, doesn't always make it easy for her to date. ((Photo by Gregg DeGuire/WireImage))

"It was the missing of my children in my beautiful, beautiful home that had once been so filled with laughter, and music, and dogs barking, and smells of the grill going, and the seagulls," she said of the reason she ultimately moved to the Music City, adding that the house "was more like a morgue than home."

Meanwhile, Gifford’s daughter Cassidy, 28, and her husband, Ben Wierda, have put down roots close to where the author and actress lives in Nashville.

KATHIE LEE GIFFORD RECEIVES STAR ON THE HOLLYWOOD WALK OF FAME: ‘THANK YOU FOR THIS HONOR’

Gifford says she is over the moon that she can now see her children whenever she visits both homes and spoke some energy into the universe that "one day, the Lord might bless us with little tiny feet running around."

In April, Gifford revealed that she had found comfort "in a really special relationship with somebody" and pressed that their relationship is "nice and fun and healthy."

Kathie Lee and Frank Gifford are shown in 1992. (Associated Press)

KATHIE LEE GIFFORD REFLECTS ON HOW FAITH HAS LED TO AN ‘INCREDIBLY ADVENTUROUS JOURNEY’: ‘I JUST TRUST IN GOD’

"I don’t want to mess it up and I probably already have by just even mentioning it," Gifford quipped at the time as she was readying herself to receive a star on the Hollywood Walk of Fame. "You know, to just be in a place where you feel like every aspect of your life is good. You know, that nothing’s missing. And that’s a beautiful place to be. I’m just so grateful."

Back in December 2020, Gifford told Fox News she was open to dating but chuckled that her son Cody doesn’t make it so easy.

"[Cody] promised his father before he passed, that he would take care of me," she said at the time. "And he darn well tries! Once in a while, I want to go, ‘Back off.,. this is my life. I love you. And I know you mean well for me. But I want to soar at this point in my life.’"

Frank Gifford was an NFL Hall of Famer who starred for the New York Giants in the 1950s and 1960s, then spent years as the play-by-play voice of "Monday Night Football."