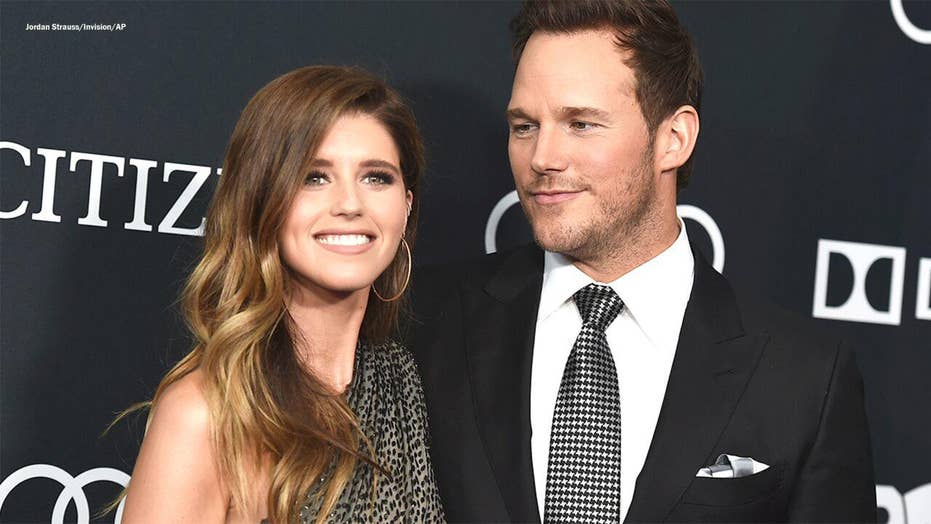 Katherine Schwarzenegger explains why it was 'nerve-racking' introducing her dog Maverick to 'Avengers' star Chris Pratt. The proud animal advocate also explains why she's passionate about Petco during the holidays.

Katherine Schwarzenegger admitted she was nervous about introducing then-fiancé Chris Pratt to her dog Maverick.

“I think when you introduce your dog as a dog parent to anybody new in your life, it’s nerve-racking, especially when it’s somebody that you care deeply about and that you love,” the 29-year-old told Fox News.

“You always want to make sure that it goes smoothly,” she continued. “And Maverick is very protective of me and my family, so it was just a nerve-racking experience and that happens with anyone that I introduce him to. I think a lot of dog parents can relate to that feeling. But it went over very well. I feel really lucky and blessed that everybody gets along really well.”

Schwarzenegger, the daughter of actor Arnold Schwarzenegger and journalist Maria Shriver, tied the knot with the “Avengers” star, 40, in June of this year.

When it comes to expanding their family, Schwarzenegger said Maverick keeps them pretty busy for now.

“My little brother Christopher has a dog himself that lives with my mom while he’s in college,” she explained. “So [Maverick] has a friend to always be with. And I hope one day to be able to adopt more animals in the future, of course, because I just think that they’re such a huge gift in my life. And to be able to give a loving home to an animal in need is a real gift, so I hope to be able to do that in the future. But he’s good right now with Champ, my brother’s dog.”

The proud animal advocate shared that giving a dog or cat in need a loving home can give someone an idea of what parenthood is really like.

“… I think anybody who has an animal would tell you that it’s a huge responsibility,” she explained. “And it’s an amazing responsibility. But it definitely for the first time — for me — made me feel like I had to be solely responsible for something on my own. I grew up with animals, but having a family animal is very different than having one completely on your own. And it taught me a lot about responsibility, about, of course, unconditional love, patience. And I think that those are all really amazing things to learn at any age.”

“But I think, especially before you decide to enter the world of having children yourself, is just to be able to have a dog or a cat or any pet that you want, to be able to have something whose needs you need to put ahead of your own and to teach you about responsibility and just being able to be responsible for something other than yourself,” she added.

Before Pratt ever came into the picture, Schwarzenegger fell head over heels for Maverick, a puppy she introduced to her followers in 2014. According to her blog, Schwarzenegger was fostering puppies in Santa Monica when the then-three-week-old pooch was found under a freeway. Schwarzenegger jumped at the chance to foster Maverick when he developed canine parvovirus (CPV), a highly contagious virus that can result in death.

Schwarzenegger became attached to the “little miracle pup” and realized she “couldn’t let go.” It didn’t take long for Maverick to officially become a member of the family. She wrote a book about the dog, "Maverick and Me," that was released in 2017.

“I had seven puppies before Maverick that I was fostering, and Maverick came to me originally as another foster puppy,” she recalled. “So I’d kind of been down this road before of being able to have puppies that I was taking care of and spending a lot of time with and being able to find them really loving and amazing homes. And Maverick came to me very young and also very sick when he was three weeks old. And I think that just because of that we became really close and attached early on. And I quickly realized that my attachment to him was very different than the puppies I had before.”

Schwarzenegger said there was no denying she was in love.

“I really realized that I had become attached to him and that I really fell in love with him and wanted him to be a permanent part of our family,” said Schwarzenegger.

Today, the best-selling author is still pursuing her passion for animals and raising awareness of pet adoption.

Reflecting on her journey, Schwarzenegger insisted opening her door to Maverick has made her a happier person.

“It’s really improved my life in so many ways, in countless ways,” said Schwarzenegger. “Just being a huge animal lover my entire life and then being introduced to the world of animal rescue and dog adoption has been a huge gift in my life…The blessings are countless.”