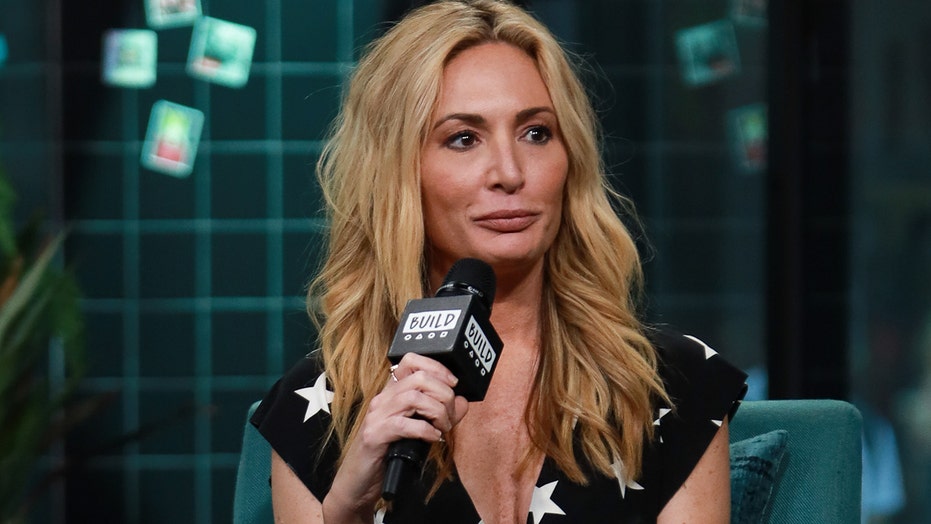 Kate Chastain is leaving Bravo's "Below Deck" after six seasons, and she made a hilarious reference to Prince Harry and Meghan Markle when making the announcement.

The veteran chief stewardess on the reality show took to her Instagram to share news of her departure.

"After many months of reflection and internal discussions, I have chosen to make a transition this year in starting to carve out a progressive new land based role," Chastain wrote, referencing almost the exact wording of Meghan and Harry's historic Megxit statement.

Chastain's statement continued: "I intend to step back as a senior member of the Below Deck Family and work to become financially independent while continuing to fully support His Majesty Andy Cohen."

Chastain's announcement came after part two of the Season 7 reunion aired Monday. The reality star first joined "Below Deck" in Season 2 and served as the crew's chief stew ever since.

The veteran reality star was known for bringing the drama on camera, but recently admitted that filming Season 7 was particularly challenging.

"Personally, this has been a very challenging season for me. I'm going to go spend a week alone in a resort and relax. Then, head back to Florida, pack up my life, and move to New York," she shared in an interview at the end of an episode earlier this season. "I'm scared to move to New York, but I was also scared to start yachting, and I think I'm ready for a new adventure."

Also in Season 7, Chastain quit after getting into a spat with bosun Ashton Pienaar. She walked off the boat only to return the following day.

"I quit that night because I just needed to get off the boat and away from the situation," Kate told The Daily Dish prior to the Below Deck Season 7 reunion. "But of course I came back because I would never leave my crew or Captain Lee without a chief stew for the rest of the season."

'BELOW DECK' STAR CAPTAIN SANDY ON HER RELATIONSHIP WITH GOSPEL SINGER LEAH SHAFER: 'I FEEL SO BLESSED'

Fans and fellow celebs swarmed Chastain's comments section to give the star well-wishes on her next endeavors.

"Miss you already!!" one fan wrote.

"What if I agreed to be a charter guest? Then would you stay on?" comedian Heather McDonald wrote.

Bravo superfan and comedian Amy Phillips also reacted to the news with some humor, writing, "The seas will never be the same. But I expect to see you on your new show 'Land-Based Kate.'"

Chastain's Megxit-inspired announcement came a little over one month after Harry and Meghan made their historic statement announcing their decision to "step back" as senior members of the royal family.

"After many months of reflection and internal discussions, we have chosen to make a transition this year in starting to carve out a progressive new role within this institution," Meghan and Harry wrote online. "We intend to step back as ‘senior’ members of the Royal Family and work to become financially independent, while continuing to fully support Her Majesty The Queen.

Meghan and Harry's announcement included their decision to split their time between the United Kingdom and North America.

"This geographic balance will enable us to raise our son with an appreciation for the royal tradition into which he was born, while also providing our family with the space to focus on the next chapter, including the launch of our new charitable entity," they continued. "We look forward to sharing the full details of this exciting next step in due course, as we continue to collaborate with Her Majesty The Queen, The Prince of Wales, The Duke of Cambridge and all relevant parties."