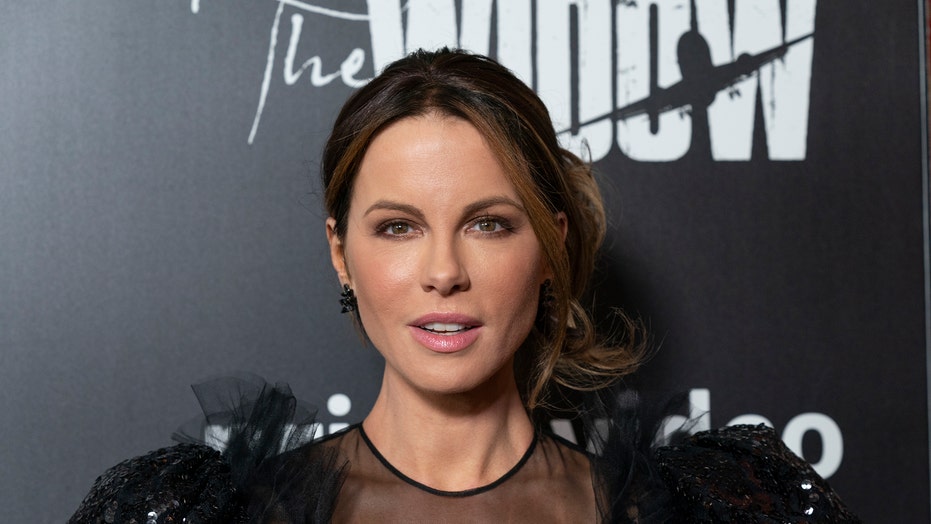 Kate Beckinsale celebrated International Cat Day by posing on a hammock in a revealing bikini while her feline friend struck a similar pose in a mini hammock of its own.

Beckinsale is an avid cat lover and frequently makes her two Persian cats, Clive and Willow, the subject of her more comedic Instagram posts. On Saturday, she shared a snap of herself in a black, shoulderless bikini top with white bottoms and sporting large golden high heels while laying down on a hammock, presumably at her home. The star’s fit body is on full display in the sunny image, but those that weren't too distracted by the actress’ pose noticed a small, hilarious detail below her.

What makes the sultry snap so funny is the fact that her cat, Willow, can be seen below her laying out in the sun on what appears to be her own mini hammock that’s identical to the one that the “Underworld” actress is posing on.

“Face like a slapped ar-- even in her own mini hammock,” Beckinsale wrote over the snap on her Instagram Stories.

Last year, Beckinsale spoke to People in an interview in which she explained why she gravitates more toward cats than dogs when it comes to pets.

“I’m very much a cat person,” Beckinsale told the outlet. “I had cats growing up when I was little, and a big dog.”

She explained that Clive, who is not in the photo, is quite old at around 11 or 12 years old. He’s been with the family since her daughter, who is now in her 20s, was a child. Willow, meanwhile, is only about three years old and was given to the family by a friend.