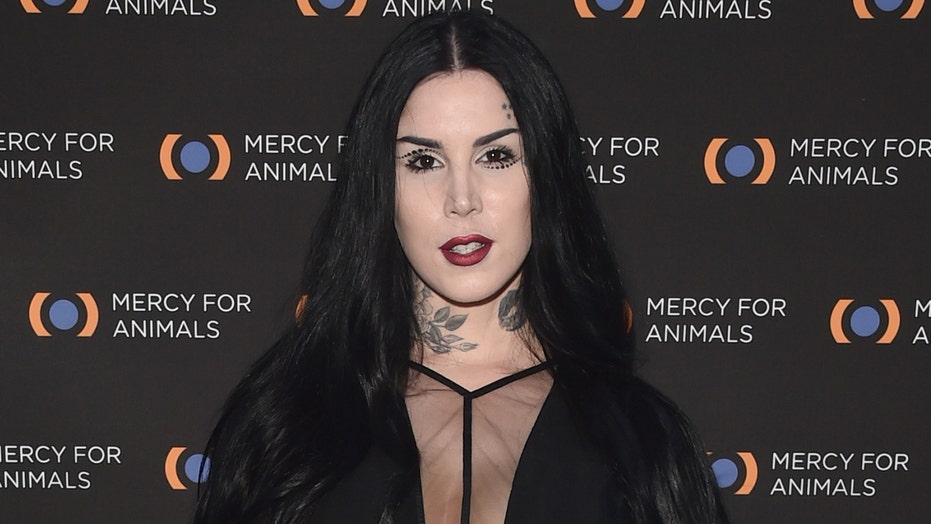 The former "LA Ink" star, 38, took to Facebook last week to explain that she's relocating her family part-time from Los Angeles to Indiana.

On Thursday, the tattoo artist shared an image of a large house and her two-year-old son on Facebook and said many people have reached out to ask whether she's moving to Indiana and selling her Los Angeles home.

The answer: Kind of.

"Definitely not ever selling our beautiful home in LA, but with all that's been taking place in California, with terrible policies, tyrannical government overreach, ridiculous taxing, amongst so much more corruption, we just felt the need to plant roots in a small town where my son can be free to play ..." she said, in part.

The star also said she plans to one day retire in the "small town."

Known for her tattoo work, Kat Von D then clarified that she's "not closing" her shop in Los Angeles.

"We aren't selling our home," she said. "But we will eventually be spending more time in beautiful Indiana once I finish doing some remodeling on our new historic house."

She finished the post with a red heart emoji.

Less than an hour later, she shared a photo of herself standing in front of the home with a sign reading "sold."

"It's official!" she wrote in the post. "Vevay, Indiana here we come!"

Vevay is located along the Ohio River, just over 100 miles southeast of Indianapolis. The United States Census Bureau estimates the population to be 1,648.

The star joins a handful of others that have recently expressed opposition to California's leadership.

Similarly, Justine Bateman was recently spotted signing a petition to recall the governor.