However, that didn’t stop the country music superstar from firing off a witty response to a hater on Twitter who sent a rude remark in her direction on Sunday.

"I liked your music but your personality seems sh--ty," the user wrote, prompting the 31-year-old singer to quip back, “it is,” before pinning the tweet to her user profile for all to see when they visit her account.

The six-time Grammy-winning songstress has never shied away from keeping it real with herself or her fans.

In October, the “Golden Hour” singer admitted that she drew inspiration for two songs -- "Slow Burn" and "Mother" -- off of her Grammy-winning album from hallucinogens.

KACEY MUSGRAVES DRESSED AS A DALLAS COWBOYS CHEERLEADER FOR HALLOWEEN

"I was sitting on the porch, having a good, easy, zen time. I wrote it down on my phone, then I wrote the songs the next day with a sober mind," Musgraves explained in the W Magazine interview without further diving into specifics. 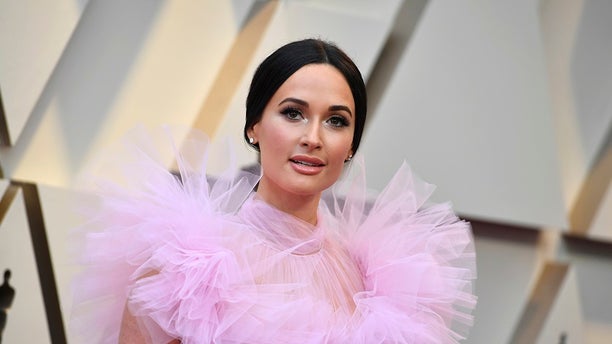 Kacey Musgraves arrives at the Oscars on Sunday, Feb. 24, 2019, at the Dolby Theatre in Los Angeles. (Photo by Jordan Strauss/Invision/AP)

The video -- titled "Spilling the Tea-quila" -- featured Musgraves answering questions, or avoiding them by taking a drink of tequila -- and sometimes doing both.

Additionally, Musgraves said she absolutely can’t live without marijuana and amorous activities, adding that “weed makes me a nicer person.”