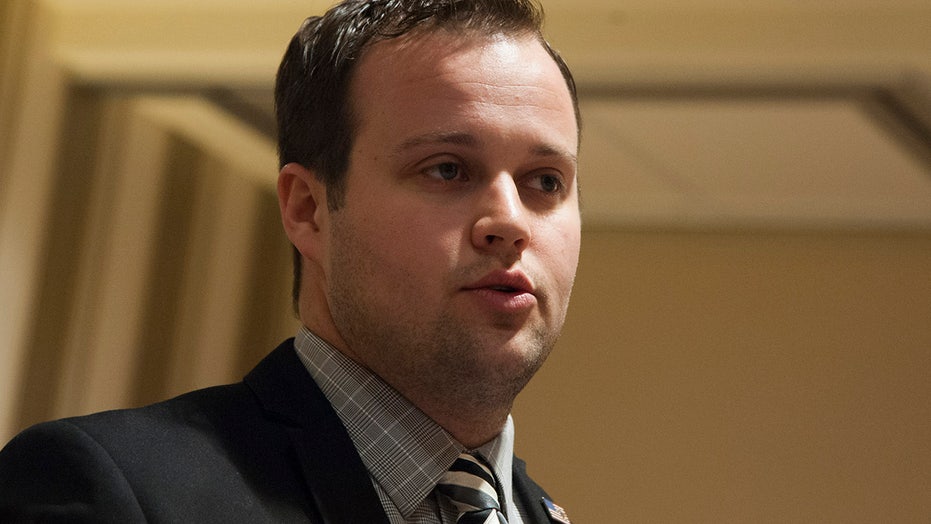 Josh Duggar's latest attempts to suppress statements and photos in his child pornography case were unsuccessful and the U.S. District Court overseeing his case is explaining why.

On Wednesday, Oct. 13, U.S. District Judge Timothy L. Brooks filed a lengthy memo to list the court's reasons for denying four motions filed by Duggar's legal team back at a hearing on Sept. 27. Duggar's four motions asked the court to suppress statements made by the former TV star to authorities on Nov. 8, 2019, suppress photographs of his hands and feet taken during his booking in jail earlier this year, dismiss the indictment for violation of the appointments clause, and to dismiss for the government's failure to preserve potentially exculpatory evidence.

"All motions were denied from the bench following an in-person evidentiary hearing on September 27, 2021. The Court has orally explained its reasons for denying the motions; the following Order provides further explanation. To the extent anything in this Order differs from what was stated from the bench, this Order will control," Brooks' memo begins.

Brooks explains that when federal agents arrived at Duggar's car business back on Nov. 8, 2019, they properly informed Duggar he was free to leave if he wished. The judge also explained that the court found agents not to be at fault for taking Duggar inside a vehicle to conduct an interview.

"It is also undisputed that the passenger-side door next to where Mr. Duggar was seated remained unlocked throughout the interview. The Court therefore finds that Mr. Duggar was not restrained, and this factor weighs in the Government's favor," the filing states.

Additionally, the judge said a recording of Duggar's conversation with authorities on Nov. 8, 2019 was played before the court in the Sept. 27 hearing. The tone of the interview was "conversational, not heated," the judge ruled.

"Not only did Mr. Duggar sign a form demonstrating he understood he was waiving his right to counsel, but he also manifested a clear understanding of the waiver and the voluntariness of his actions by reminding the agents before questioning began that he ‘may not answer everything,'" court docs continue.

At one point, however, the judge claims the court did find one statement made by the federal agents on that day that could be "seen as a deceptive strategy." Still, "Mr. Duggar did not fall for" it, the docs stated.

Duggar has also taken issue with the photographs taken of his hands and feet when he self-surrendered to law enforcement on April 29, 2021. The photos were taken in an interior room as part of the booking process at the Homeland Security's Fayetteville, Arkansas office.

While being fingerprinted, an agent "noticed a scar on Duggar's left thumb" and Duggar "consented" to having his hands photographed, which happened to also capture his feet. The former "19 Kids and Counting" star argued that the government needed a warrant before photographing him and violated his Fourth Amendment rights.

"There is no legal authority to suggest agents needed a warrant before they could photograph Mr. Duggar's hands and feet. Mr. Duggar consented to being photographed. Therefore, no fourth Amendment violation occurred," Brooks ruled.

Another motion made by Duggar was to dismiss the indictment against him because the federal agents who were involved in the investigation of his criminal charges were acting under someone who was "improperly appointed as Acting Secretary."

The former star of '19 Kids and Counting' was arrested in Arkansas in April. (Washington County Police Department)

Brooks called the motion "frivolous," adding that there is "no legal support for Mr. Duggar's claim that an indictment handed down by a properly impaneled grand jury would be subject to dismissal due to an alleged Appointments Clause violation."

Lastly, Duggar argued that law enforcement officials only imaged his electronic devices and not others'.

"The Court finds that law enforcement's decision not to forensically search and image certain electronic devices was made pursuant to a good-faith belief that such additional investigative steps were unnecessary," the judge ruled in opposition. "Valid reasons may exist to criticize law enforcement's thoroughness (or lack thereof) on cross-examination, but the Court is simply not persuaded that law enforcement's actions rise to the level of a constitutional deprivation of due process that would require the dismissal of the indictment against Mr. Duggar," the ruling concludes.

The disgraced former reality star was arrested by U.S. Marshals on April 29 in Arkansas. One day later, he was indicted on federal child pornography charges and pleaded not guilty. He was granted release by a federal judge as he awaits trial.

Duggar starred on TLC’s "19 Kids and Counting" until it was pulled from the network in 2015 following revelations that he had molested four of his sisters and a babysitter. His parents said he had confessed to the fondling and apologized.

He previously apologized for a pornography addiction and cheating on his wife, Anna. Josh and Anna Duggar have been married since 2008 and share six children with a seventh on the way.