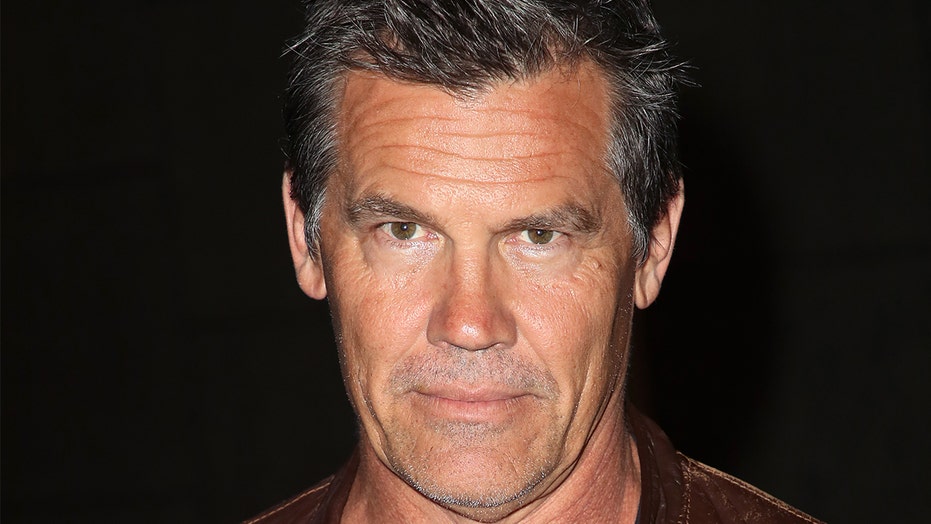 Josh Brolin delivered a message to the American people in the wake of a Joe Biden-Sen. Kamala Harris endorsement from Dwayne “The Rock” Johnson -- the actor's first-ever public political backing.

According to Brolin, Johnson -- who identifies as a political independent with centrist ideologies -- was met with comments "filled with vitriol and anger" on social media because of his public decree to vote in favor of the Biden-Harris ticket.

Brolin said he'd seen enough from citizens hurling attacks at others based on differing viewpoints and issued a cry for democracy.

“American people and people outside of the country, so I saw that the Rock was endorsing Biden and I saw some of the comments, most of them so filled with vitriol and anger,” Brolin, 52, began in a lengthy Instagram video which lasted over eight minutes.

“And it's funny, man – I just thought the great American ideal was to be able to have the freedom to vote for who you want without attack.”

The “Deadpool 2” star reasoned with the American people that “this [Joe] Biden guy seems anything but senile and then if he never did anything in government, neither did [Donald] Trump. So, you know, in the past, Trump came from a borrowing business career. So somebody who paid less taxes than normal workers, stuff like that.”

Brolin maintained that the intention of his monologue was not meant to put a “s—t stain” on Trump. He appeared to reference a recent New York Times report that said Trump paid no federal income taxes at all in 10 of the previous 15 years, and $750 in taxes to the federal government the year he was elected and $750 again his first year in office.

“It's just a fact. It's a fact. Everybody tries to save on your taxes. So it's a fact. He saved. He did what he could,” said Brolin. “That's what happens when you have a lot of money and you have lawyers and people to figure it out, all that kind of stuff. Or you're just honest and you pay. I'm a d--khead. I just am honest and I pay because I hope that my tax dollars go to good things, you know.”

Brolin -- who mentioned in the video that he recently moved to Georgia and was pleased when his neighbors stopped by to introduce themselves -- said that to him, those “good things” consist of sciences and arts but he knows “that’s not the case.”

“Science used to be really respected when America was great and so were the arts in a major, major, major way,” the “Sicario” actor lamented. “Now science has become fake like news and the arts don't get subsidized at all. So what's left? A lot of freaking angry people that just want somebody to say America is great. A guy who holds up a Bible who doesn't go to church, but who holds up a Bible and they go, 'There you go. There's our guy.'”

Brolin called the overall showing from Trump “purely cosmetic” and declared “voting for Trump is like voting for a Kardashian.”

“It's just what you like,” he pressed. “If you like big booty, you vote for Kardashian. If you like somebody with a lot of money that you think is a great businessman, that’s going to do that for America, you vote for Trump. It's pretty simple.”

However, the “No Country For Old Men” performer traded equal jabs at Democratic presidential nominee, former Vice President Biden as well, saying that “Biden is not a dynamic guy and that’s what the Democrats need is a dynamic guy."

He added that the amount of “pigeonholing and all of the angry entitling, it's just ridiculous. It's gotten to the point where it's a joke.”

Brolin went on to say that people reserve the opportunity to change and better themselves after they’ve made mistakes in their lives and added that only after he became sober, “I became a better person and I started doing things that were for people instead of for myself and selfish. But it doesn't matter because people think like they think. They don't want to be wrong. People are terrified of being wrong.”

The Marvel star said America “is not a better country” and pretending that is the case will not propel the nation forward.

“Too many people have died senselessly,” said Brolin. “There's been a lot of things like looting and therefore all protesters are s—t, not true. Police brutality, all police are s—t, not true on both sides of it.”

Ultimately, Brolin said the American people should simply vote for “who’s going to make this country as a whole a better place.”

“I think we're better than this,” he said. “Democrats need to say, ‘Look, America is the most important place, period. And Republicans need to stop lying and saying everything is a fallacy and everything is wrong. They say 'fake news, fake news,' and then they'll cite news but the news that they like and then they'll say that's OK. It's the dumbest thing I've ever seen.”

“I hope you give people a break just because they think differently than you do. That's America to me. That's the America that I miss. When people appreciate a diversity of thinking. And bring back the arts and bring back science because it's what made America great. The arts and science. Our military is already good.”