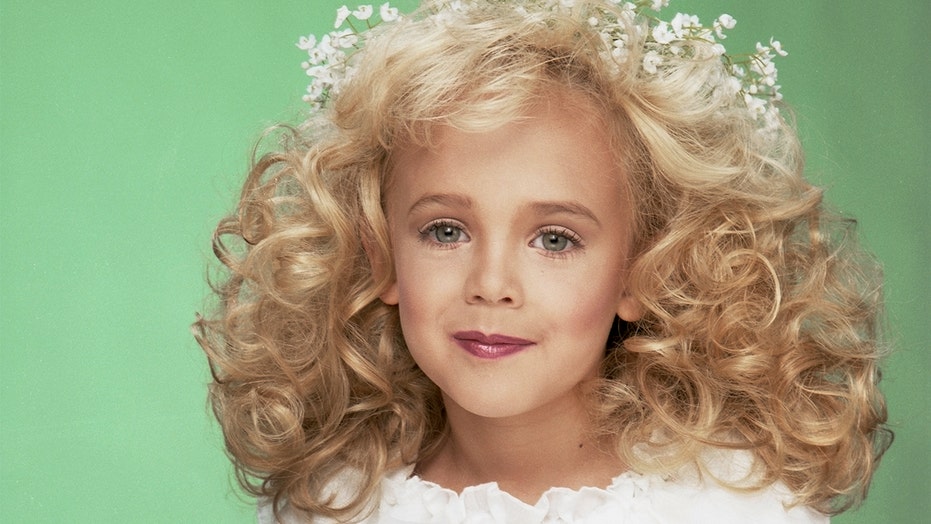 EXCLUSIVE: It’s been 24 years since pageant star JonBenet Ramsey was found dead in the basement of her family’s Colorado home - and her half-brother still hopes her killer can be found today.

John Andrew Ramsey and his father John Bennett Ramsey have come forward in a new true-crime documentary on discovery+ titled "JonBenet Ramsey: What Really Happened?". It features the previously unreleased audio diaries of Lou Smit, the famed Colorado Springs homicide detective who was coaxed from retirement to further investigate the child's death.

Before his passing in 2010 at age 75, Smit tested alternative theories that he felt were overlooked by the Boulder Police Department.

JonBenet Ramsey, a child beauty queen, was brutally murdered in her home in Boulder, Colorado. To this day the mystery, surrounding that slaying remains unsolved.  (Polaris/discovery+)

"The objective of this documentary is to keep JonBenet’s case in the spotlight," John Andrew told Fox News of his late sibling. "We hope it can keep memories fresh for people who may know anything. Maybe it can compel someone to come out and share information that they’ve been holding on to for 24 years."’

GARY HEIDNIK’S ATTORNEY TALKS ‘INSANE’ HOUSE OF HORRORS KILLER IN DOC: ‘THERE WAS A METHOD TO HIS MADNESS'

"I think the biggest misconception is that this is somehow a murder that can’t be solved," he continued. "When I look at it, the reality is we have a murder investigation that has dozens, if not hundreds, of pieces of physical evidence… There is an abundance of evidence that’s available. This case can be solved."

According to investigator Lou Smit, DNA found at the crime scene holds the identity of JonBenet Ramsey's killer. (discovery+)

John Andrew described Ramsey as an energetic little girl who adored spending time with her family when she wasn’t on stage. The Ramseys weren't strangers to the pageant world as her mother Patricia "Patsy" Ramsey was crowned Miss West Virginia during her college years, winning a trip to Atlantic City for the 1977 Miss America contest, the Los Angeles Times reported.

According to the outlet, John Bennett was a former Navy pilot from Michigan who divorced his first wife, John Andrew’s mother, in 1978. John Bennett and Patsy tied the knot in 1980 and shared two children. The Ramseys moved to Boulder in 1991 where life was idyllic for the family.

"I remember JonBenet as a six-year-old little kid who loved to play with her brother Burke, her older sibling, and his friends," John Andrew described. "Whenever the neighborhood kids would come over, they would be running around, playing outside and riding their bikes. That’s how I remember her."

JonBenet Ramsey was part of the pageant world like her mother Patsy Ramsey. (discovery+)

"She was the kid who loved to keep the conversation at the dinner table going," he continued. "She would go around and ask each person how their day was and what they did. That’s something I never forgot."

"You know, it’s sad, but what I remember is thinking that she was most likely dead," said John Andrew. " For whatever reason, I’d seen a Geraldo Rivera [talk show] before and it had the families of kidnapped victims. I just remembered that statistically, the likelihood is that she was dead."

JonBenet Ramsey enjoyed spending time with her older Burke Ramsey, who was 9 at the time of her sudden death. (discovery+)

Several hours after Ramsey was reported missing, her body was discovered in the basement of her family’s home. An autopsy report would later reveal the child suffered a vicious blow to the head and was strangled.

There were no clear signs of forced entry. Police suspicion immediately focused on Ramsey's parents and Burke, who was 9 at the time.

"It’s absolutely unfathomable that they would be involved in this murder," said John Andrew. "Watching the world swirl around you was unsettling. Our focus from day one has been to find the killer. My dad has worked diligently for 24 years on doing just that."

John Bennett and Patsy always denied any involvement in their daughter’s death. The couple was adamant that an intruder murdered their child. DNA found underneath Ramsey's fingernails and in her underwear did not match anyone in the family. However, police didn’t immediately release that information publicly. It wouldn’t be until 2008 when the family was officially cleared by prosecutors.

‘DOOMSDAY’ MOM LORI VALLOW IS ‘AN EVIL MONSTER’ WHO OBSESSED OVER END OF TIMES BEFORE CHILDREN'S DEATHS: DOC

Police initially believed JonBenet Ramsey's parents may have been responsible for her murder. (discovery+)

"I think the failures of the Boulder Police are well-documented from those early days," John Andrew explained. "But I think now, we’ve got to look at this case from a different angle, have a change in strategy… It’s really up to the Boulder Police. The question is, why haven’t they solved this?"

"I think it’s important for audiences to understand the environment of Boulder, Colorado in 1996 and the absolute tsunami of wild speculation we faced," he shared. "It was on the world stage. To have an experienced investigator like Lou Smit come in was relieving. But he too faced challenges facing this angry mob front and center. It was a very troubling event for all of us."

In the documentary, Boulder Police insisted Ramsey's murder is not a cold case and very much an open investigation. In 2016, Boulder Police Chief Greg Testa said that investigators have collected 1,500 pieces of evidence, including the analysis of 200 DNA samples, traveled to 19 states to interview about 1,000 people, and have received, reviewed or investigated more than 20,000 tips, letters or emails.

Testa insisted that "an arrest and successful prosecution" remains the department’s goal.

Patsy passed away in 2006 at age 49 from ovarian cancer. She was buried next to Ramsey.

Patsy Ramsey is buried next to her daughter JonBenet Ramsey. (discovery+)

"I think like a lot of families that have gone through trauma, we focused on the memories, the times we enjoyed spending together, not this awful moment in our lives," John Andrew reflected. "My father has been on the hunt for 24 years. The least I can do is help out. And now, when we look at the advancement in technology and forensic science, it’s hugely encouraging. We’re hoping to finally put the pieces together and end up with the killer."

John Andrew Ramsey said that over the years, the family focused on the good memories they created with JonBenet Ramsey as a way to heal. (discovery+)

In his lifetime, Smit was concerned that authorities had completely ruled out the possibility of an intruder. He believed that the DNA found in Ramsey’s underwear and fingernails held the identity of her killer, at least one unknown male. The documentary revealed that Smit’s dying wish was to keep the search going.

"Lou was a true victim’s advocate," said John Andrew. "It wasn’t his job to protect John and Patsy Ramsey. His objective was to find the killer. This was a six-year-old girl who was killed on Christmas Day. We should answer for that."

"JonBenet Ramsey: What Really Happened?" is currently available for streaming on discovery+. The Associated Press contributed to this report.