It’s been 22 years since child beauty pageant star JonBenet Ramsey was found dead at age 6 in the basement of her family’s home in Boulder, Colo. — and now a new TV special aims to take a fresh look at the shocking cold case.

Elizabeth Vargas, lead investigative anchor for A&E Networks, is behind a new docuseries titled “The Untold Story,” which explores events that have had a profound impact on our country.

The series kicks off on Thursday with the episode “Hunting JonBenet’s Killer.”

Featuring an exclusive interview with John Ramsey and never-before-seen photos, the premiere follows Robert Clark, a retired assistant special agent who tracks down new, surprising theories that could possibly explain what happened that fateful December 1996 night.

Clark told Fox News he hopes the show will encourage someone with knowledge that could solve the case to come forward.

“Maybe someone will remember something,” said Clark. “This has happened on multiple occasions. Mr. John Walsh has built a tremendous career in highlighting cases on television and then the next thing you know someone’s calling. … I’m hoping anything from this show will help someone remember something and then call the Boulder Police Department and say, ‘I remember seeing this.’ Or, ‘I saw this person.’ Even, ‘Someone told me this.’”

“We’ve been able to solve a multitude of cases because of ‘America’s Most Wanted’ and other shows that have highlighted active investigations,” continued Clark. “The JonBenet Ramsey case continues to be an active investigation. We certainly need the public’s help in gathering additional information and intelligence to be able to solve this case. … Someone who calls in with information can help us solve this case and finally put JonBenet to rest.” 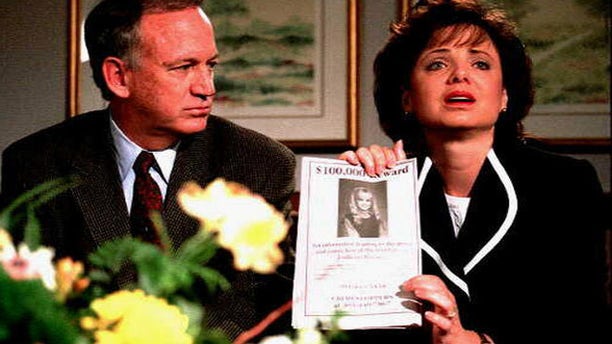 On the morning of Dec. 26, 1996, the Los Angeles Times and other outlets reported, Ramsey’s mother Patsy Ramsey called the police and reported her daughter was missing and that she found a ransom note demanding $118,000 in cash. Hours later, John discovered the body of the former “Little Miss Colorado” in a basement room. Ramsey had been hit on the head and strangled with a crude garrote. She also showed signs of sexual assault.

In the show, Vargas tells John, who is 75 years old today, that there are still people who believe that he, his son Burke Ramsey or even his late wife Patsy had something to do with his daughter’s death.

Patsy passed away in 2006 at age 49 from ovarian cancer and never saw the case declared officially solved by investigators.

In January of this year, a $750 million defamation lawsuit filed against CBS by Burke, 32, was settled. The Daily Camera reported court records showed that a Michigan Circuit Court judge dismissed the lawsuit filed by Burke in December 2016. The lawsuit said that Burke’s reputation was ruined after a television series suggested he killed his sister more than two decades ago. A spokesperson for producers of the TV program said in a statement that “an amicable resolution of their differences” has been reached. 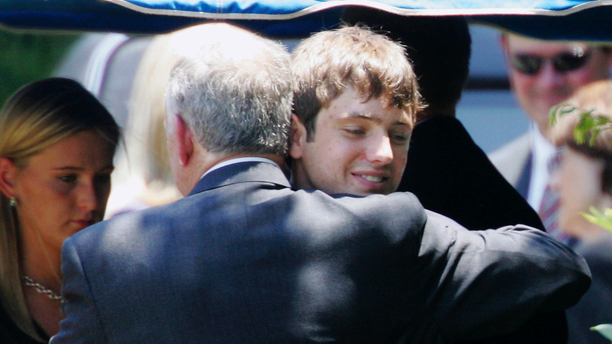 In this June 29, 2006, file photo, John Ramsey hugs his son, Burke, facing the camera, at the graves of his wife, Patsy, and daughter JonBenet, during services for his wife at the St. James Episcopal Cemetery in Marietta, Ga. A $750 million defamation lawsuit filed against CBS by Burke Ramsey, the brother of JonBenet Ramsey, has been settled on Wednesday, Jan. 2, 2019. The Daily Camera reports court records show that a Michigan Circuit Court judge dismissed the lawsuit filed by Burke Ramsey in December 2016. — AP Photo/Ric Feld, File

At the time of the announcement, an attorney for CBS declined to comment. The terms of the settlement were not disclosed.

“Certainly this is something that Mr. Ramsey has been carrying with him and dealing with physically, emotionally, spiritually for a very long time,” he explained. “And my experience in dealing with those who have been victims of homicide, particularly the families, you do produce sort of a shell. … People develop a process to just be able to deal with horrific criminal events.” 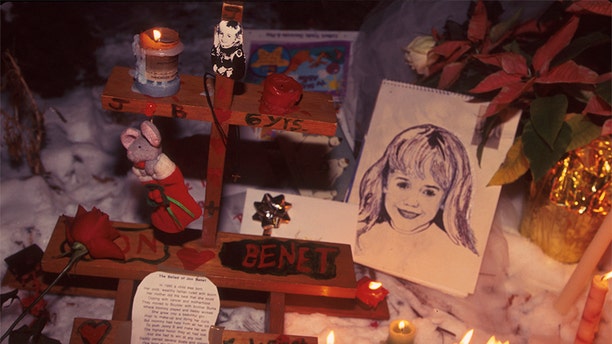 In 2018, it was reported that the Boulder Country district attorney was forming a cold case unit that will investigate unsolved homicides and missing person cases, including Ramsey’s death. The Daily Camera shared that the unit will look into cases for which the applicable statute of limitations hasn’t expired.

In the show, John Ramsey admitted he accepted the fact that, like his late wife, he may not live to learn what happened to his child. However, Clark said “never say never.”

“I have been involved in investigations… where we solved cases over 20 years old,” he explained. “We were able to use technology, forensics, follow-up interviews and good ol’ fashioned detective work to just be able to follow leads out. … I could never say that any case is unsolvable. It’s just a matter of bringing the right resources, the right technology, the right forensics application and ultimately, the right will to continue on in the investigation. … I can never say that the JonBenet Ramsey case will never be solved.” 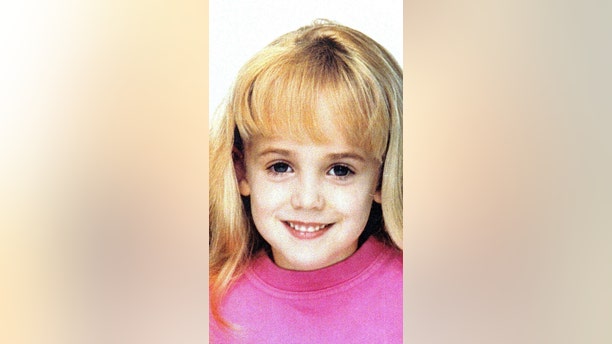 Clark admitted that what surprised him the most was that despite media scrutiny, the case remains unsolved over two decades later. The Los Angeles Times previously reported that authorities readily acknowledged that early missteps by police hampered the investigation for years. The intense media coverage also pressured police to act quickly, sending investigators down “ultimately useless paths.”

Clark said he was eager to understand what exactly was done during the initial investigation.

“If we look back to 1996 when this crime happened and the investigative strategies and technologies and forensic capabilities that were available to law enforcement back there are certainly not what they are now,” said Clark. “We have so many more advances now to be able to solve cases. … Currently, we have things available to us now that are just absolutely critical and essential to investigations. I felt that a lot of those things may not have been applied to this particular investigation, which could have helped solved the case. Potentially much, much earlier.” 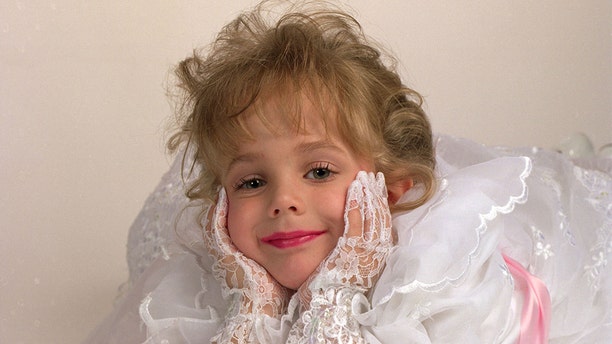 May 1, 1994 - JonBenet Ramsey, very happy, all in white, wearing white lace gloves laying down on a white seamless at a studio session for a commercial ad and actress portfolio. (ZUMA Press)

As for the fascination surrounding Ramsey’s short life and terrifying demise, that has lived on. Clark said that hasn’t surprised him either. Yet it’s that fascination that could encourage someone to finally come forward.

“JonBenet Ramsey being murdered in her home — it completely shakes the foundation of everything we accept as normal,” said Clark. “… When one of America’s beauty queens can be targeted like she was targeted and so violently murdered, that shakes the very foundational of the normalization process that we go through to just deal with everyday life.

“It continues to be a fascinating case because of those reasons, and because it remains unsolved. Everyone always wants to know who did it. I mean, the FBI prides itself on always getting their man. Always catching the bad guys. Society will continue to be engaged in this case simply because it shook the foundation of what we understand to be normal and acceptable. It shook the foundation of being safe in our home.”

“Hunting JonBenet’s Killer: The Untold Story” premieres April 11 at p.m. on A&E. The Associated Press contributed to this report.