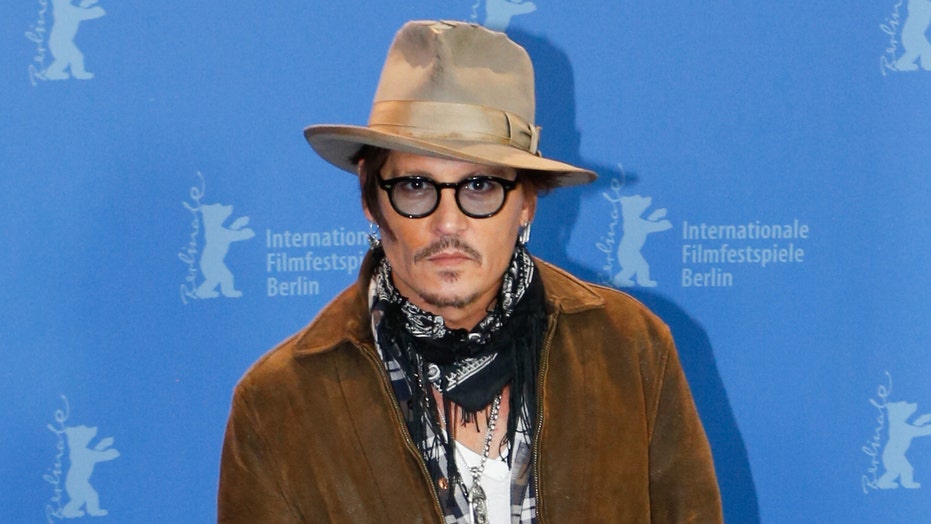 Johnny Depp’s libel case against a British tabloid that accused him of assaulting ex-wife Amber Heard wrapped up Tuesday in a London, court, with the star’s lawyer calling Heard “a compulsive liar” and claiming that Depp was the real victim of abuse in the relationship.

The “Pirates of the Caribbean” star is suing News Group Newspapers, publisher of The Sun, and the newspaper’s executive editor, Dan Wootton, at the High Court in London over an April 2018 article that called him a “wife-beater.”

“He has never hit a woman in his entire life — period, full stop, nada," Sherborne said.

Judge Andrew Nicol has retired to consider his verdict, expected in a few weeks.

Neither Depp nor Heard is on trial, though it has been easy to forget that during a case that dissected their toxic love affair.

Depp is the claimant in the civil case, NGN and Wootton are the defendants and Heard is their main witness. To defeat Depp’s libel claim, the newspaper must persuade the judge that, on the balance of probabilities, its story was accurate.

NGN’s lawyer, Sasha Wass, said in her summing-up that there was no doubt Depp “regularly and systematically abused his wife" and so the “wife-beater” label was justified.

But Sherborne said The Sun's article gave the false impression Depp had been “tried, convicted and sentenced” for domestic violence, and compared him to former film mogul Harvey Weinstein, who has been jailed for sex offenses.

“Acting as both judge and jury, the defendants plainly and squarely state that Mr. Depp is guilty (of a) series of serious and violent criminal offenses," he said.

The two sides agree that the relationship between Depp and Heard, which began after they met on the set of 2011 comedy “The Rum Diary,” soured long before they divorced in 2017. Texts, emails and recordings attest to the increasingly bitter relations between Depp, now 57, and the 34-year-old model and actress.

But they disagree completely over who started and escalated their fights.

Heard claims Depp turned into a violent alter ego he called “The Monster” under the influence of alcohol and drugs. She alleges 14 separate incidents in which he hit, slapped and shoved her, pulled her hair and threw bottles at her “like grenades.”

Depp called the allegations a “hoax” and claimed that Heard hit him, even severing the tip of his finger with a thrown vodka bottle.

Sherborne played the court an audio recording in which Heard says to Depp “I didn't punch you” but adds “I was hitting you.”

The lawyer said that was "a straightforward, unambiguous, unequivocal admission of hitting him.”

Noting that Heard had obtained a restraining order against Depp in 2016 on the grounds of domestic violence, Sherborne said “she has set herself up ever since as an advocate of the #MeToo movement.”

“This is a huge disservice to those genuine victims, as well as the #MeToo movement, for Ms. Heard to count herself one of them," he said.

Sherborne accused Heard of repeatedly changing her story during the trial, and said that during a “moment of unscripted malevolence” in the witness box, she'd made up a rumor that Depp had pushed former girlfriend Kate Moss down some stairs.

The lawyer said Heard was “a wholly unreliable witness and frankly a compulsive liar — and I don’t say that lightly."

The trial has provided an up-close and often unflattering look at Hollywood stardom, revealing details of Depp's life of wealth, luxury, emotional turmoil and substance abuse.

Depp acknowledged heavy drug use, saying he took marijuana, cocaine, ecstasy and magic mushrooms, and became addicted to opioid painkillers. But he denied drugs made him violent.

The couple's relationship disintegrated against a glamorous international backdrop. Depp’s private island in the Bahamas, a Los Angeles penthouse, a luxury train and a private jet were all locations for violence, according to Heard.

Depp said in the witness box that he had made $650 million since he joined the lucrative “Pirates of the Caribbean” franchise — and ended up $100 million in debt after his financial advisers neglected to pay his taxes for 17 years. He said his major expenses included $5 million to send the ashes of his literary hero, drug-fueled journalist Hunter S. Thompson, into space.

The couple's relationship also left a costly trail of destruction. Damage to a rented house in Australia after one altercation was estimated at more than $100,000. The couple’s downtown L.A. penthouse was trashed during another argument. At one point, excrement was left in their bed — whether by a dog or a person is disputed.

British libel law is widely considered to favor claimants over defendants, but Depp could end up a loser even if he wins.

Depp said he sued The Sun because his career had been harmed by Heard’s allegations. But the lawsuit has given the claims a huge global audience.

“It almost beggars belief that anyone rational has taken this case to court,” said Mark Stephens, a media lawyer at legal firm Howard Kennedy. "At some level, mud sticks.”

Heard also has had her character questioned and has been accused of fabricating evidence. A #MeToo activist, Katherine Kendall, alleged that Heard appropriated a violent rape that happened to Kendall for her own ends.

JOHNNY DEPP THROUGH THE YEARS

In this Tuesday, June 20, 2017, file photo, U.S. actor Johnny Depp waves for fans upon his arrival at the Japan premiere of his film "Pirates of the Caribbean: Dead Men Tell No Tales" in Tokyo.  (AP)

Heard has faced abuse from Depp fans on social media. A small group of Depp supporters, who cheered and threw flowers as he was driven from court, booed as Heard made a statement on the courthouse steps.

“I did not file this lawsuit and, despite its significance, I would have preferred not to be here in court," Heard said. “It has been incredibly painful to relive the breakup of my relationship, to have my motives and my truth questioned, and the most traumatic and intimate details of my life with Johnny shared in court and broadcast to the entire world.”

“I stand by my testimony and I now place my faith in British justice.”

Depp is suing Heard for $50 million in Virginia over a Washington Post story about domestic violence. The trial is due to be held next year.

Stephens said that if Depp “loses in London, he’s almost certain to lose that American case. So this is in some ways a dress rehearsal for the second case.”