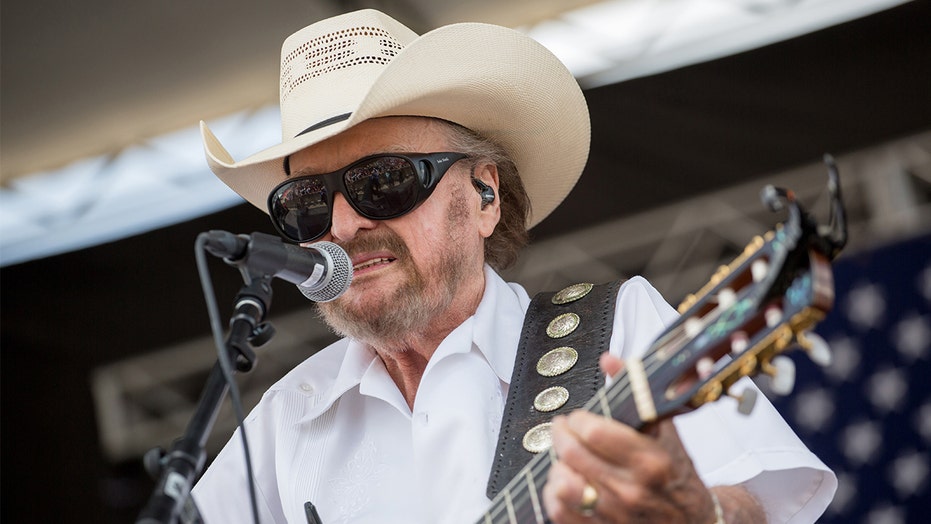 Bush's manager confirmed his death to Rolling Stone and his date of death was listed as Oct. 16 on his website.

A cause of death was unannounced by his manager but Houston Chronicle reported that the entertainer died of pneumonia.

Bush, who was a good friend of Nelson's was popular in his hometown of Houston, where the honky-tonk performer often performed for crowds. His website states that his next show was scheduled to take place in the Lone Star State on Nov. 8 but had been rescheduled to March 2021 due to the coronavirus pandemic.

Born Johnny Bush Shinn III on Feb. 17, 1935 in Houston, the performer was known to his audiences as Johnny Bush due to a television announcer's flub when he was 17, his website states.

Singer-songwriter Johnny Bush performs onstage during the 46th Annual Willie Nelson 4th of July Picnic at Austin360 Amphitheater on July 04, 2019 in Austin, Texas. He died at the age of 85 on Oct. 16, 2020. (Rick Kern/WireImage for Shock Ink)

The entertainer got his start in the music industry thanks to Nelson, who helped him land a job as a drummer in Ray Price's band. His debut single, "Sound of a Heartache," was released in 1967 and received praise from Nelson, who described him at the time as a "great singing talent."

Bush penned "Whiskey River" in 1972, which became a global hit upon Nelson's release of it one year later on "Shotgun Willie."

The performer, who played the guitar, fiddle and the drums, was also known for his national hits "Undo the Right" and "You Gave Me a Mountain." The latter reportedly earned him the nickname of "Country Caruso."

Bush's singing career was briefly stunted by vocal issues which were determined to be a result of a neurological disorder. This led him to receive vocal and speech therapy, according to Rolling Stone, and thanks to Botox injections in 2002 his signature honky-tonk voice was restored.

In 2001, the National Council of Communicative Disorders and the American Speech-Language-Hearing Associated honored Bush with their Annie Glenn Award. He was inducted into the Country Music Hall of Fame in 2003 with Kris Kristofferson and Lefty Frizzell. Two years later, Broadcast Music, Inc. also awarded him with the Million-Air Award for "Whiskey River" reaching 1 million spins. Most recently, he was the first recipient of the Ameripolitan Founder of the Year Award in 2014.

Tanya Tucker once called Bush one of Texas' "best honky-tonk heroes" and had the opportunity to perform with Bush during her teenage years. The two performed "Big Big Love" together in honor of his 60th year in the business in Fort Worth, she said.

In 1968, Nelson discussed his bond with Bush.

“It seemed that one day I had never heard of Johnny Bush and then on the next day I had always known him,” Nelson wrote in 1968. “We’re that good of friends.”