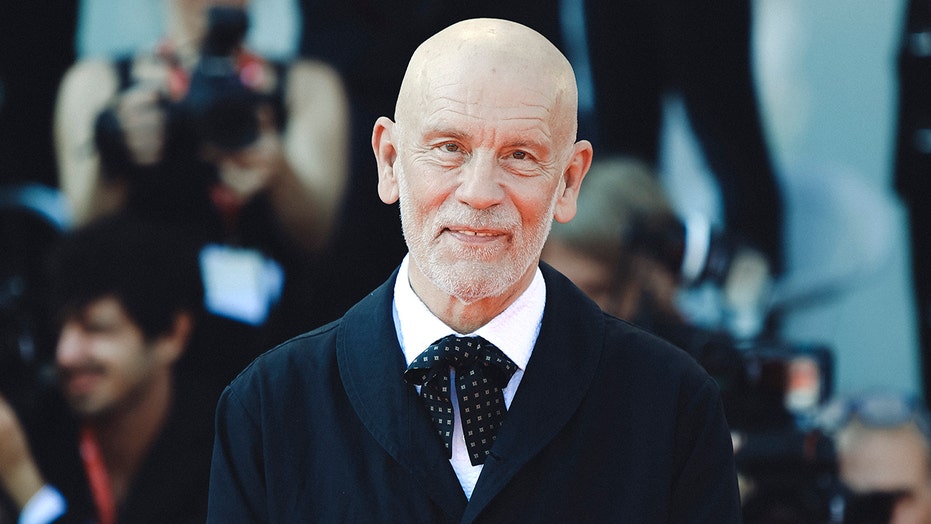 John Malkovich’s son was arrested at a recent Black Lives Matter protest in Portland, Ore. where police reported being pelted with rocks and other objects.

According to a report from the Portland Police Bureau, the actor’s son, Loewy Malkovich, 38, was busted on charges of interfering with a peace officer and disorderly conduct in the second degree. No specifics as to what Loewy did were available in the report.

Representatives for Malkovich did not immediately respond to Fox News’ request for comment.

John Malkovich's son was arrested at a recent protest in Portland. (Getty Images)

According to police, a protest began on Friday, Sept. 4, around 9:45 p.m. that made its way to the offices of the Portland Police Association. Out of fear of potential arson threats, officers created a perimeter around the building to prevent protesters from getting inside the property. Police say they stood by for 90 minutes as the protesters blocked streets and refused to comply with orders being made over a loudspeaker to allow traffic through the area.

However, police say that when rocks, a full beverage can, and water bottles began to fly from the crowd toward officers, the Incident Commander determined that it was an unlawful assembly and they began to make targeted arrests.

JOHN MALKOVICH SPEAKS OUT AGAINST 'OUTRAGE CULTURE,' WARNS OF 'TIDAL WAVE OF IDIOCY' FOR COMEDIANS

Loewy was one of 27 people taken into custody Friday night.

It’s unclear if the son of the “Space Force” actor was involved in any of the allegedly violent acts that took place. Regardless, the charges against him are likely to be dropped by prosecutors after Multnomah County District Attorney Mike Schmidt announced in August that his office won’t prosecute demonstrators accused of interfering with police, disorderly conduct, criminal trespass, escape, or harassment if the allegations don’t involve “deliberate’' property damage, theft or force against another person or threats of force, Schmidt said, according to The Oregonian.

“What we’re doing is recognizing that the right to speak and have your voice heard is extremely important,” Schmidt said. “If you’re out there committing violence, you’re damaging property, those cases are going to be prosecuted. If you’re a person who is out there demonstrating and you get caught up in the melee, those are the kinds of cases that we’re talking about.”