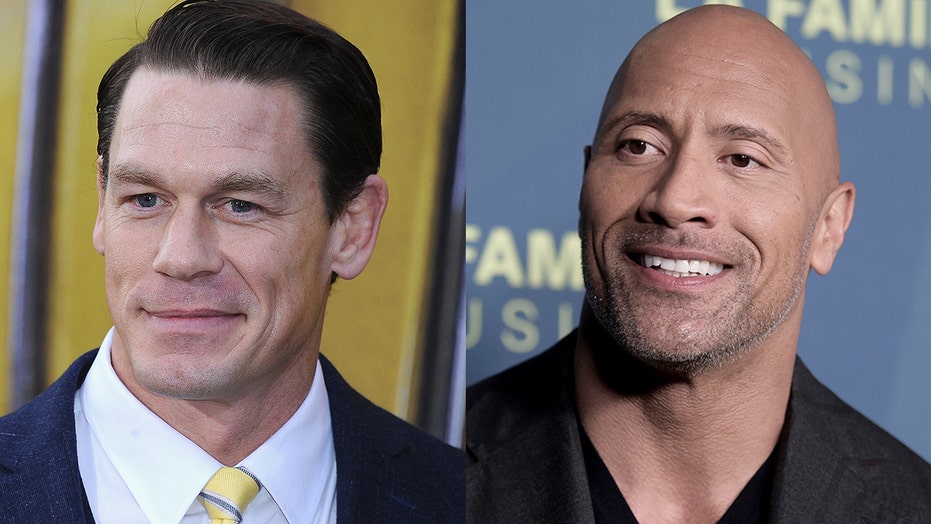 John Cena hopes to see Dwayne "The Rock" Johnson back in the WWE ring.

The actor spoke to Extra at the Los Angeles premiere of "The Suicide Squad" on Monday and told former "Bachelorette" Rachel Lindsay that simply as a fan of the sport, Cena would love to see Johnson return.

"I'd love it. First and foremost, I'm a WWE performer, but I'm also, at heart, a fan," Cena, 44, explained amid reported rumors that Johnson might return. "I love The Rock, I love The Rock, and so do millions and millions of people. I think he would warm so many hearts if he came back."

Having made the leap from the ring to the big screen, Cena said he and Johnson carry a similar trajectory and he certainly understands the rigors of navigating a packed schedule.

'THE SUICIDE SQUAD' DIRECTOR JAMES GUNN, WHO WAS FIRED FROM 'GUARDIANS' THEN REHIRED, TALKS CANCEL CULTURE

"If there is anyone that has a greater sense of empathy of what he is trying to accomplish… I am trying to juggle everything and I haven’t been back in three and a half years and… I’m one thirty-sixth as busy as he is," said Cena. "For him to still be thinking about that, I think that is really special and really cool. I know he knows the effect his return would have and I think that’s also really special."

He added: "I think you have to pay homage to those who paved the way, and without Dwayne ‘The Rock’ Johnson, I wouldn't be here in this goofy costume, so thanks."

In the James Gunn adaptation of "The Suicide Squad," Cena plays Peacemaker who will stop at nothing to keep the peace. His role has even been given its own series on HBO Max.

Cena told Fox News that his character’s costume would fit right in any day with many of the off-the-wall WWE designs.

John Cena hopes to see Dwayne ‘The Rock’ Johnson back in the WWE ring. (Getty/AP)

"I think that's what's great about any superhero costume. Like in WWE, we genuinely try to create real-life superheroes," Cena explained of his wardrobe.

"So the correlation is really close. And that's why I didn't feel at all embarrassed or like, 'Oh, this is the costume I'm going to have to wear?' I really was excited about it, especially because Peacemaker's costume is completely ridiculous."