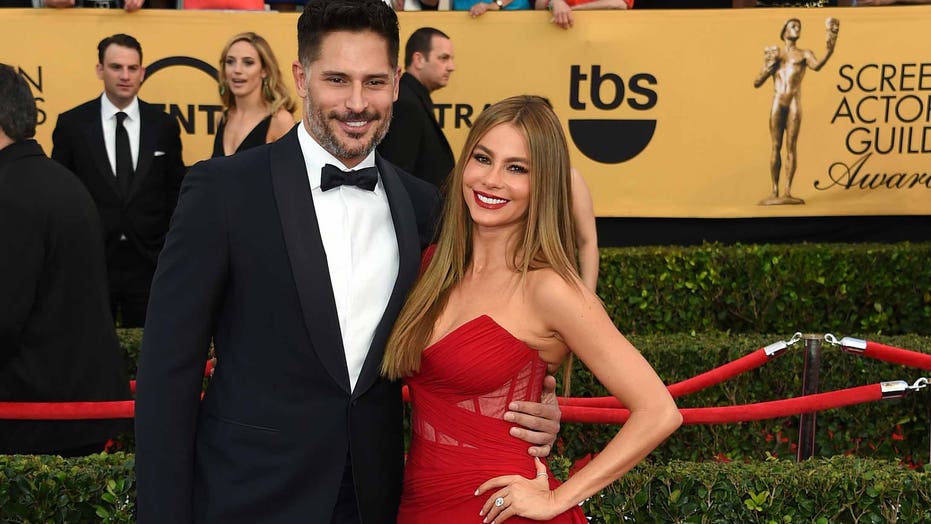 Joe Manganiello knew early on that he wanted to be with Sofia Vergara.

On Wednesday, the 43-year-old actor was featured on an episode of “The Jess Cagle Show” on SiriusXM, where he dished on the love story between himself and Vergara.

Manganiello recalled attending the White House Correspondents Dinner, with his brother Nicholas and Cagle, after being featured on the cover of People Magazine.

TOM BRADY ADMITS GISELE BUNDCHEN 'WASN'T SATISFIED' WITH THEIR MARRIAGE: 'I NEEDED TO MAKE A CHANGE'

“As we’re walking around, who comes swooping down in front of us and just walks in front of us for about 100 yards is Sofia Vergara,” the "True Blood" star recalled.

He continued: "She was wearing this dress that looked great on her and I just could not take my eyes off of her. And Jess [Cagle] said, ‘Oh, you like that?’ I said ‘Yes, I like that a lot.’ And he said, ‘What part of the party do you want to go to next?’ I said, ‘Wherever she’s going, let’s go there.’ So we just kind of followed her around.”

Manganiello said he was concerned about speaking to Vergara because her then-fiancé Nicholas M. Loeb was also in attendance, even wondering if a fight would break out between himself and Loeb.

After Manganiello and Vergara "exchange pleasantries," he said someone took a picture of the pair, which made him "kind of uncomfortable," before the evening ended.

“I go back to my hotel and I’m kinda thinking ‘Man I guess that’s not gonna work out,'” Manganiello remembered. "I don't know what was happening, but I let it go."

Just three weeks later, Manganiello learned that Vergara's engagement had ended, which he believed had happened a while before, but for publicity's sake, Vergara kept the split quiet until after the season finale of "Modern Family."

So Manganiello made a move.

“I hit up Jesse Tyler Ferguson and said, ‘Hey man, was she broken up with the guy at the time?’" recalled the actor. "He said, ‘Yeah, I wouldn’t have tried to pull anything if that wasn’t the case.’ I said, ‘Well, I don’t know what kind of emotional state she’s in but tell her I want to take her out.'"

Ferguson, 44, passed Manganiello his co-star's phone number and the two began speaking over the phone.

Manganiello was in the middle of a press tour at the time but found a 40-hour window where he could visit New Orleans, where Vergara was shooting a movie. She suggested they wait until she returned to Los Angeles, but he insisted.

“I go ‘I’m coming to New Orleans. If you’re not available I'll just do some sightseeing, but I’m gonna be there and if you’re free I can take you out,'” said the actor. “She said, ‘You’re crazy.’ I said, ‘I’ll see you next week.'”

Manganiello recalled flying to New Orleans, and in a day of kismet, he spent time with Arnold Schwarzenegger before running into the "Terminator" star's future son-in-law Chris Pratt.

The next night, Manganiello took Vergara on a date, and as he said, "The rest is history."

The pair eventually wed in 2015 before starring together in the film "Bottom of the 9th."

Though they're both in the same business, Vergara isn't sure whether she'll appear on screen with her hubby again.

"Maybe not because we already did it and that's all we wanted to [do as far as] work together," she told Fox News in January, adding: "But who knows? Maybe later. Why not?"