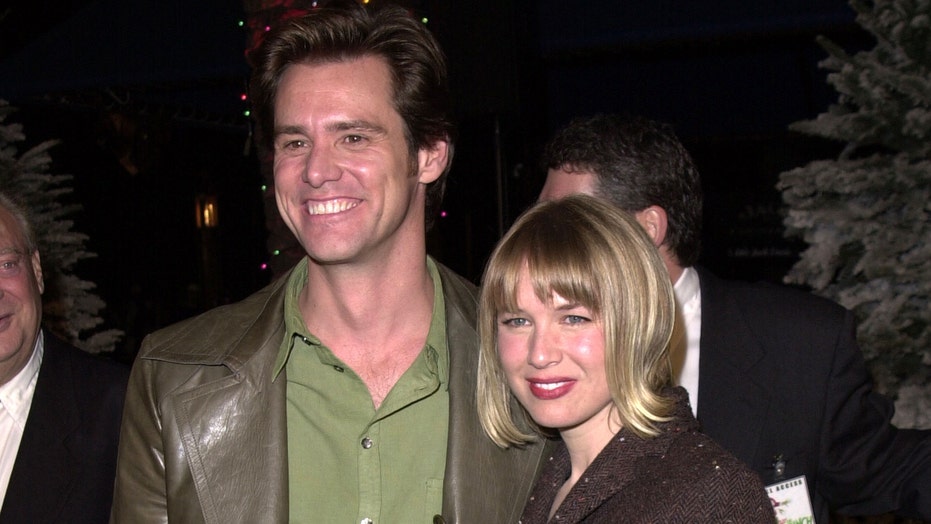 Jim Carrey opened up about his personal life in his new book “Memoirs and Misinformation," offering details about his past relationships.

According to reports, the 59-year-old actor refers to his ex-fiancee Renee Zellweger as the “great love of my life.” The pair dated after meeting on the set of "Me, Myself & Irene" in 1999 but split in December 2000.

In a new interview with Howard Stern for his radio show on Tuesday, Carrey admitted, "She was special to me, very special. I think she’s lovely.”

Stern then asked if the two-time Oscar winner, 51, was the one who got away. Carrey replied, “I don’t regret — I don’t have those things. But I do appreciate the people that have come through my life for the good that they gave me… but I don’t pine for anybody. It’s not that kind of situation. It’s just my way of saying, ‘There was a very important thing there,’ and to recognize that.”

Carrey previously told Entertainment Weekly that he felt an immediate “chemical” connection to Zellweger but she didn't realize her feelings until the movie had wrapped.

“It was a very unexpected, wonderful thing,” the "Bridget Jones’ Diary" star said in June 2000. “It was just a really natural thing to want to be around each other. And we didn’t see each other for a few months after we finished the picture – or really speak even – and I just noticed his absence significantly. It just felt like, ‘Wow, I really miss him.'”

Meanwhile, Zellweger briefly married Kenny Chesney in May 2005 but annulled the union two months later. From 2009 to 2011 she dated actor Bradley Cooper and from 2012 to 2019 she was in a relationship with musician Doyle Bramhall II.