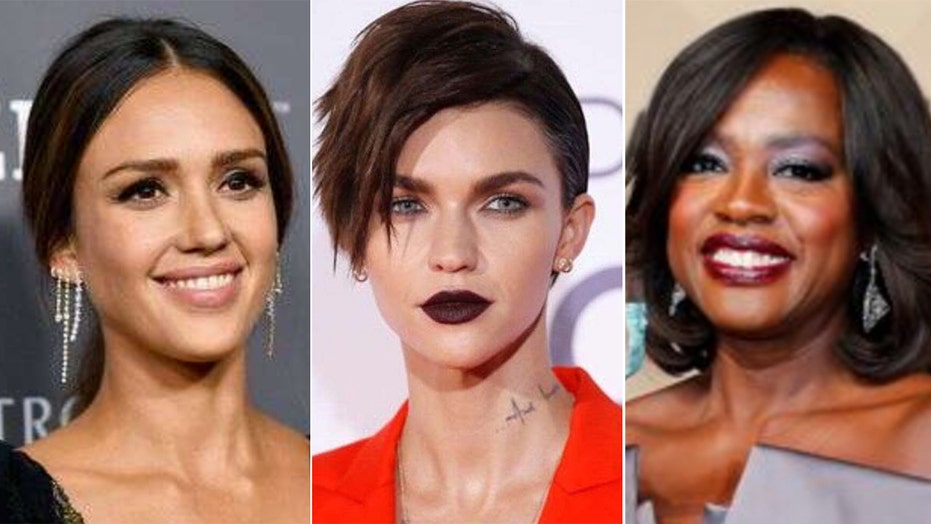 Dozens of celebrities are participating in a call to action in honor of Breonna Taylor.

Jessica Alba, Ruby Rose and Viola Davis are just a few of several stars who demanded justice for Taylor across their social media platforms on Monday, which was exactly 150 days from the date she was killed by police officers in her home.

The campaign calls for justice and police accountability. It kicked off on social media on Monday with celebs sharing photos of themselves in black and white t-shirts that read, "Arrest the cops that killed Breonna Taylor." The initiative is a partnership between Phenomenal, an organization founded by Meena Harris, and the Breonna Taylor Foundation.

THE CELEBRITIES WHO HAVE DONATED TO THE BLACK LIVES MATTER MOVEMENT

The shirt is being sold for $45 online and all proceeds will benefit the Breonna Taylor Foundation, founded by the late victim's mother, Tamika Palmer.

Alba posted a pic of herself rocking the shirt and a caption about the cause.

"It's been 150 days since Breonna Taylor was murdered in her sleep by Jonathan Mattingly, Brett Hankison, and Myles Cosgrove--and her killers have not been charged. Too often Black women who die from police violence are forgotten. Let's stay loud, keep demanding justice for Breonna and her family, and SAY HER NAME," Alba wrote in the caption.

According to Phenomenal, more than 70 celebrities have joined in on the social media campaign, including La La Anthony, Mandy Moore, Busy Philipps and Nikki Reed.

Taylor, a 26-year-old Louisville emergency medical tech studying to become a nurse, was shot multiple times on March 13 after police officers executed a no-knock warrant at her apartment as part of a narcotics investigation.

Her boyfriend, Kenny Walker, told investigators he heard knocking at the door but thought the apartment was being broken into when he fired a shot at Louisville police Sgt. Jonathan Mattingly. Mattingly was struck in the leg and returned fire, along with other officers who were outside the apartment. Taylor was struck by their returning fire in her hallway and died at the scene.

The initiative comes nearly one week after two of Louisville's high-ranking police and public safety officials walked out of a city hearing without testifying amid an investigation into the police department and mayor’s office’s handling of Taylor’s death and the weeks of sometimes violent demonstrations that followed.