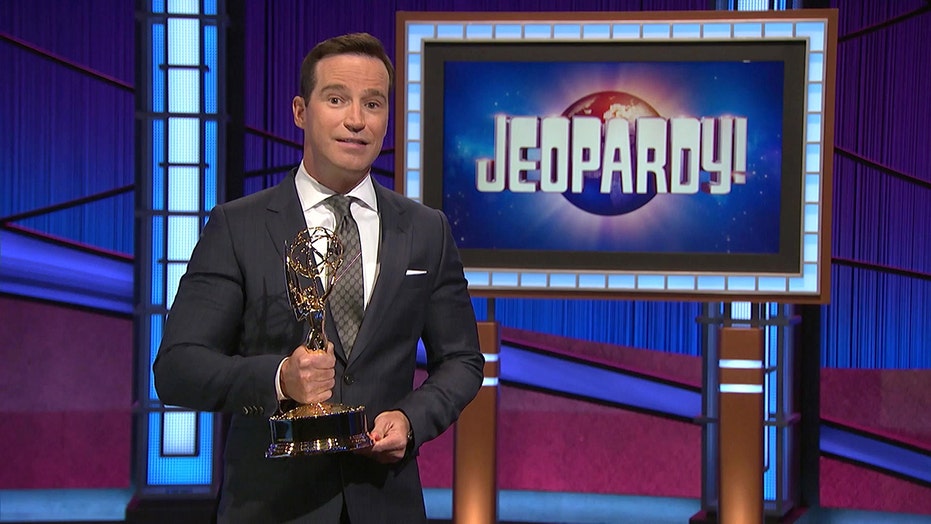 "Jeopardy!" contestants are reportedly not getting their traditional host photos if they were among the handful of people in games with ousted host Mike Richards.

Richards stepped down as Alex Trebek's replacement on Aug. 20, and was ousted as the show's executive producer a week and a half later, after it was discovered podcasts he had made in 2013 and 2014 contained demeaning remarks about women and minorities. His ouster came after he had completed a week's worth of taping shows for the new season, and Sony couldn't redo them without affecting the game's integrity.

Samit Sarkar, a deputy managing editor for Polygon, took to Twitter last week to share with his followers that he will appear on the show in the first week of Season 38, which also happens to fall in the crop of episodes that Richards filmed before getting the boot from Sony. He noted that the show seems to be preemptively scrapping any evidence of the hosting debacle by not giving contestants the traditional photo with the host.

"Btw, @Jeopardy! contestants usually get 2 photos — one with the host + a headshot. We each took a photo with Mike, but were only sent the headshot!" he wrote.

MIKE RICHARDS LAWYERS UP AFTER 'JEOPARDY!' AND 'WHEEL OF FORTUNE' OUSTING

Mike Richards was ousted as the new host of ‘Jeopardy!’ and fired from his job as EP. (Daytime Emmy Awards 2021 via Getty Images)

Representatives for Sony did not immediately respond to Fox News’ request for comment.

Richards was introduced as host Monday in the show’s season premiere by a downcast-sounding announcer, Johnny Gilbert. Not a word was mentioned of his status as Trebek's replacement; if it had been originally, it was cut out.

The former replacement host’s time on the show may be hard to cut out as it comes during a potentially historic winning streak for contestant Matt Amodio.

While there have been several champions in the game show’s history, none have won their games across more hosts than the 30-year-old PH.D student from New Haven, Conn. Amodio began his time on the show long after the death of Trebek, winning game-after-game at the most chaotic time in the show’s history as a slew of guest hosts filled in each week. So far, his 19-game winning streak saw him field questions from Robin Roberts, LeVar Burton, David Faber, Joe Buck and Richards.

Fortunately, Amodio recently told the Washington Post that, unlike previous champions, the person reading the questions doesn’t factor into his gameplay at all.

"Frankly, the last thing I’m thinking about when I’m in the middle of a game is who’s hosting," he told the outlet ahead of the Season 38 premiere. "I’ve had people say, ‘Oh man, you’ve moved on to your fourth host, that has to be difficult.’ And I would say, ‘Well, you’re right, but I didn’t even realize that, necessarily.’ ‘Cause I’m trying to pull these really obscure facts out of my brain, and that takes all the mental energy I can afford at the moment."

Going into Monday’s game, Amodio had won $574,801 across 18 games, putting him in third place on the "Jeopardy!" all-time highest winning list in regular games, behind only legendary players James Holzhauer and Ken Jennings who won $2,462,216 and $2,520,700 respectively. Amodio’s performance Monday night brought him up to $642,601. However, those players won significantly more games than him before their run ended. He currently sits at fifth place on the list of all-time most consecutive wins, so he’s still got time to catch up.