‘Jeopardy!’ host Alex Trebek reveals what he wants his legacy to be

Alex Trebek isn’t naïve to the thought that he was presented with a career blessing, even though he had a decade of broadcast experience when he landed what seemed to be a lifetime appointment as host of “Jeopardy!”

The beloved host recently spoke to reporters at the Television Critics Association winter press tour at the Langham Huntington in Pasadena, Calif. and reflected on his time as host of the iconic game show while also speaking on the different shifts he’s seen in the TV business overall since arriving in Hollywood nearly 50 years ago.

“I did 12 years at the Canadian Broadcasting Corporation and I came to Los Angeles in 1973,” said Trebek, speaking on his introduction into hosting.  “I never made the decision that my future was going to be in show business. I got into broadcasting because I needed money to pay for my junior year in college.”

The venerable personality commanded the attention of the large group of reporters and explained that while working in Ottawa, Canada he often cut his teeth doing station breaks, newscasts, sportscasts and weather forecasts. 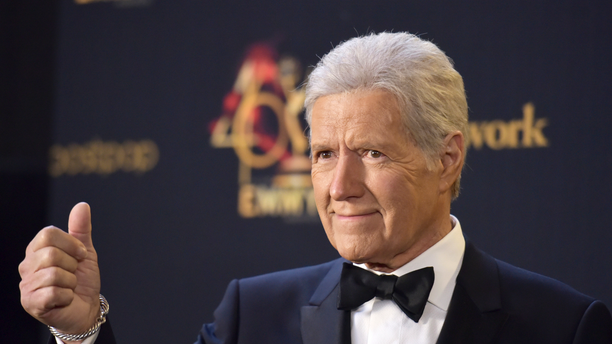 “They came to me,” Trebek said of landing the “Jeopardy!” gig. “There were a lot of shows before that. I had 10 or 11 years of hosting programs, game shows. And Merv Griffin and Bob Murphy, his vice president, were familiar with my work.”

Trebek continued: “I had helped them out on ‘Wheel of Fortune’ on one occasion for a couple of weeks when Chuck Woolery was not feeling well. And so they came to me and they said, 'We are bringing 'Jeopardy!' into syndication and we'd like you to host it. And I said, ‘You're going to pay me?’ And they said, ‘Yeah.’ I said, ‘OK. I'm your guy.’”

While speaking on the series’ panel alongside legendary “Jeopardy!” contestants Ken Jennings, Brad Rutter and James Holzhauer flanked to his right, Trebek revealed that he struggled with memory loss partly due to his stage 4 pancreatic cancer diagnosis last March and subsequent treatment and even asked reporters to help jog his memory as he fished for a thought that has escaped him.

The television personality went on to mention that his "memory isn't as good as it used to be" and said while filming "Jeopardy! The Greatest of All Time" he felt a "little slower at the ad-libbed portions."

He added, however, that his wife noted that she didn't notice any difference in his hosting abilities.

When Fox News asked Trebek what memories he struggles to recall, he noted that “I remember tons of things from when I was 10, 12-years-old. But that's normal for people who are in their late 70s and early 80s, I think.”

He continued: “I hear about it all the time. I can't remember what I had for dinner last night, but I remember the name of the girl who sat next to me in Grade 3 in primary school.”

Asked point-blank to describe what he’d like his legacy to be, Trebek spoke clearly as if penning an homage to himself.

“He was a nice guy and that he was the best kind of quiz show host in that he always seemed to be rooting for the contestants,” Trebek began. “He wanted them to perform at their best because if they did, that would make the show a success and he would be able to enjoy the success of the program in that regard.”

When Fox News followed up on Trebek’s self-eulogy and asked if he ever noticed any other shows where their hosts maybe weren’t as invested in the success of the contestant, Trebek simply said he doesn’t watch TV with that intention.

“I never watch those shows with that point of view,” he said. “I never make a judgment call on the ability of the other game show or quiz show hosts who are out there. They're doing well because they're good at what they do. And that's all we can hope for.”

As far as any advice he received from Merv Griffin after signing on to host “Jeopardy!” Trebek maintains that Griffin didn’t give him any advice.