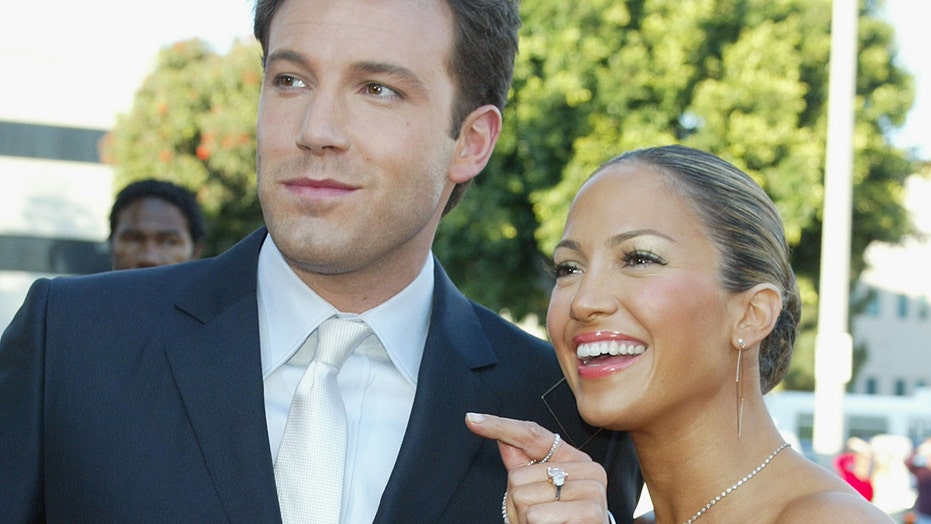 As Jennifer Lopez and Ben Affleck continue to spark reconciliation rumors, it seems that the singer might have never completely left the past behind.

The couple was engaged from 2002-2004 after meeting on the set of "Gigli," with Affleck proposing with a striking pink sparkler.

According to Diamond Hedge, the actor popped the question before colored rings were in style, but the fashion trend caught on once Lopez put the rock on her finger.

The ring contained a 6.10-carat diamond from Harry Winston and cost a reported $1.2 million.

JENNIFER LOPEZ IS ‘IN TOUCH’ WITH BEN AFFLECK ‘EVERYDAY’ SINCE MONTANA REUNION: REPORT

According to her former publicist, Jennifer Lopez might still own her engagement ring from Ben Affleck. (Photo by Kevin Winter/Getty Images)

Despite the relationship ending well over a decade ago, Lopez, now 51, may still own the ring.

JENNIFER LOPEZ'S ENGAGEMENT RINGS: A LOOK AT THE SPARKLERS

"As far as I know, Jen has never returned the ring," the star’s former publicist Rob Shuter told Access. "So if things move forward with these two, gosh she’s already got the ring."

The former publicist, who worked for Lopez when she was first with Affleck, seems confident that things are going to "move forward."

"My sources are telling me they are back together," he revealed. "Jennifer falls hard and she falls fast and so these two, they’re definitely a couple, they’re together."

He added that the couple is "so sexy" and that their relationship was "the real deal," even comparing the duo to Elizabeth Taylor and Richard Burton.

Jennifer Lopez and Ben Affleck have fueled reunion rumors after their engagement ended in 2004. (Getty Images/AP)

"He’s got her email address and was firing off these love letters. He knows her really, really well," he said, adding that the notes were well-written. "These letters clearly, clearly worked."

Furthermore, he said that he "wasn’t surprised" to see the two reunite, claiming that Affleck was "the love of [Lopez’s] life."

"He broke her heart, they were the real deal," said the "Naughty but Nice" podcast host. "At the time they broke up, we couldn’t really talk about it because it was very private, but Ben was in a bad place. Since then, he’s spoken about it, he’s the one that’s told his struggles and now he seems to be in a really, really good place."

Fox News has reached out to reps for Lopez and Affleck.