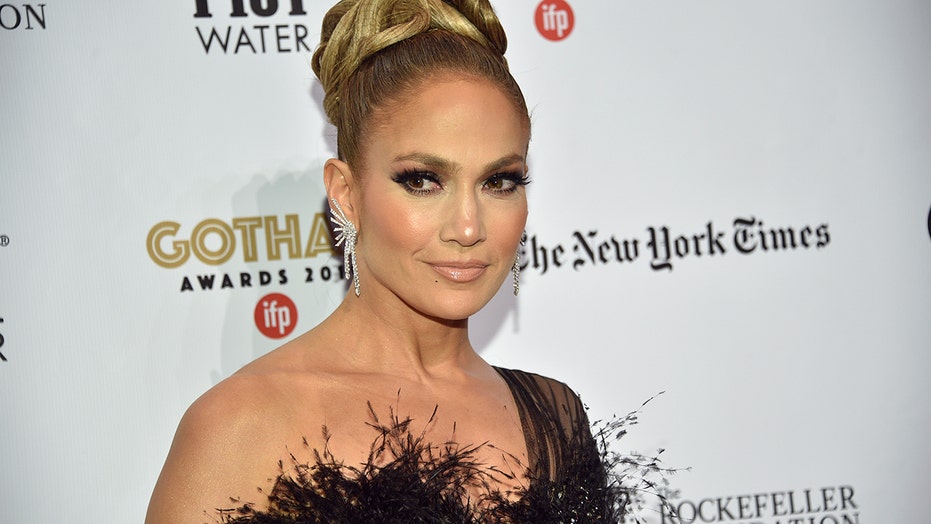 Time and time again, Jennifer Lopez reminds us that age is just a number. As one of the world's most influential Latin singers and actresses, she continues to deliver her craft -- all the while seemingly defying the aging process.

At 50, Lopez has shown no evidence in slowing down. But it appears when she's not performing, the mother of two is getting busy in the gym working on her fitness.

From interviews with her trainers to tidbits of advice Lopez has shared over the years, Fox News has rounded up all the ways the "On the Floor" singer has achieved her fit physique.

Lopez, who splits her time between California and New York, previously revealed she has a trainer on both coasts. The professionals -- David Kirsch in New York and Tracy Anderson in Los Angeles -- have "two totally different approaches," she said.

According to Anderson, who wrote a blog about her workouts with Lopez, she has a more "relaxed" approach. Together, Lopez's daily workouts involve the use of arm weights as well as moves that work the butt, thighs, and her core.

Kirsch, however, has a more "intense" regimen, Anderson said. Kirsch has reportedly shared that his workouts with the star are a mix of circuit training, lunges, ab workouts, burpees, kickboxing and lunges.

Kirsch also reportedly incorporates HIIT workouts into her training to strengthen her core. Additionally, he told Self magazine that she enjoys doing "spiderman push-ups."

Meanwhile, the "Hustlers" star's former trainer, Dodd Romero, told OprahMag.com routinely gets in a workout before taking the stage, whether it's the halftime show or on tour. "It's her pre-game warmup," Romero said.

Romero also shared with the outlet her typical ab routine, which he said consists of 50 hanging ab raises, 50 rope crunches, 50 incline sit-ups with a 45-pound plate. She completes each ab workout three times, lowering her reps to 35 for the second round and down to 21 reps for the third, he said.

While consistency in the gym is key to keeping her fit figure, JLo is also a believer that focusing on what you put into your body is equally as important.

In a past interview with Us Weekly, the singer revealed that she cut caffeine from her diet years ago.

"I haven't had caffeine in years," she said, adding that occasionally she will drink coffee if it's decaffeinated.

"I have her eating very clean because she needs really good fuel for all the things that she's doing," Anderson wrote on her website. "It’s all organic and it’s all very well thought out, with the balance of very high-quality proteins and a lot of nutrient-dense food… everything is fresh."

Lopez wowed audiences in 2019 when she worked the pole in “Hustlers” as a stripper-turned-ringleader. The 50-year-old told Fandango that she did loads of training to make the moves look effortless.

“It’s actually really difficult to do these [moves],” she explained. “It takes skill. It’s not like any person can just jump and do this… I had a lot of bruises and things. When you first put [on Lucite platforms] you’re like a baby deer. You’re walking around, you’re fine, and then all of a sudden, your legs give out. And then all of a sudden they’re like ballet slippers and you can’t do the dance without them.”

Just months after the film's release, the star performed the Super Bowl LIV halftime show alongside Shakira -- a gig she likened to "winning an Oscar." But in order to get prepared, the 50-year-old superstar took to social media to show off her impressive dance workouts. She practiced her choreography multiple times per week.

She also previously implored fans to dance along with her on social media.

"Take on the challenge and dance to On The Floor with me!!! I'll share some of my faves," JLo captioned a TikTok clip in January.

Additionally, she previously dished to HELLO! magazine that dance not only keeps her heart pumping, but it also is a benefit for her mental health.

"I am 100 percent convinced that working out is part of what makes me so happy," she shared. "Dance has always been a huge part of my life and taking the time to move my body and do something that's so good for me is key to my happiness."

Back in 2016, the superstar told Hello! that "drinking plenty of water, especially before a workout, can help you push harder and get more out of your exercise routine.

On January 19, JLo shared a selfie proving she's staying hydrated through her demanding schedule. In the photo, she's seen sipping out of a blue rhinestone-encrusted water bottle with the Super Bowl date on it.

"I'm obviously going to try to put together the best show I can but also it's about having fun, staying present in the moment and enjoying all of the wonderful things that are happening right now," JLo told a reporter at the time. With so many options out there on the shelves these days, drinking just plain water is often overlooked. But for JLo, water is key to keeping fit.