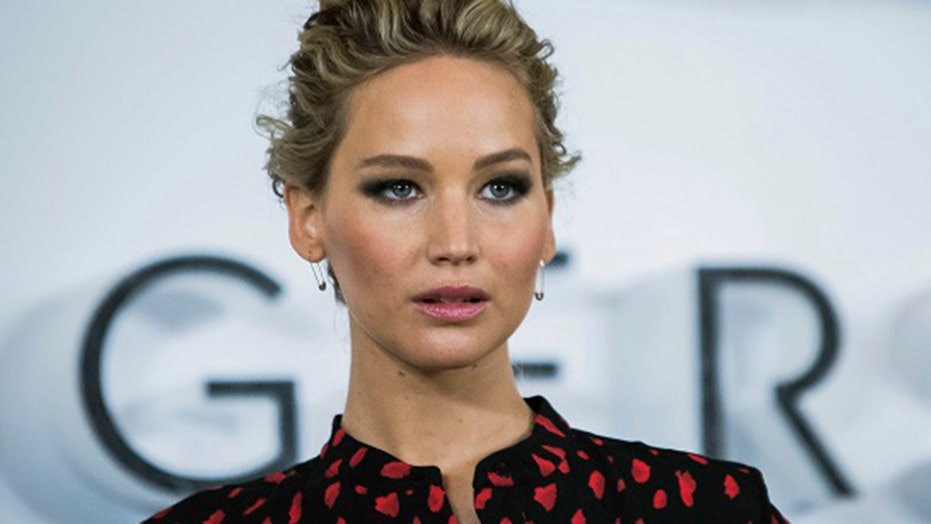 Jennifer Lawrence is opening up about how her political views and affiliations have changed throughout the years.

The “Hunger Games” franchise star made the revelation on Wednesday during an episode of the Dear Media “Absolutely Not” podcast and noted that despite the fact she had grown up in a Republican household, she has since reversed course “based on the things" she has "learned.”

"My first time voting, I voted for John McCain. I was a little Republican," Lawrence said, according to USA Today, while acknowledging "the fiscal benefits of the Republican policies."

Still, the 30-year old actress said she "could also see the social issues weren't in line with my views."

Jennifer Lawrence said despite the fact she grew up in a Republican household, because of Trump, she has become more open-minded about politics 'based on the things I learned.' (Joel C Ryan/Invision/AP, File)

Lawrence admitted that it was the country’s election of Donald Trump in 2016 “that just changed everything” for her moving forward.

“This is an impeached president whose broken many laws and has refused to condemn white supremacy, and it feels like there has been a line drawn in the sand," Lawrence fumed, referencing the moment during the first presidential debate on Sept. 29.

During the debate, Trump was responding to a question from "Fox News Sunday" anchor Chris Wallace, who was moderating, and asked if Trump was willing to denounce white supremacists, to which the president replied, "Sure, I'm willing to do that."

Democratic nominee Joe Biden then suggested Trump specifically condemn the far-right group Proud Boys, to which the president responded in part, "Proud Boys, stand back and stand by."

Many including Lawrence, viewed the sidestep as a glaring missed opportunity for Trump to at least publicly mitigate the racial division as a leader of the country, but more so as a blatant disregard for racism as a whole.

"I don't want to support a president who supports white supremacists," added Lawrence.

On Wednesday, Lawrence maintained that Barack Obama’s presidency seemed much tamer than that of the current administration.

"You would go days, maybe weeks, without thinking about the president because everything would generally be OK," she said.

In an interview with V magazine earlier this month, Lawrence endorsed former Vice President Joe Biden and Sen. Kamala Harris as the ticket she will be throwing her vote behind come Nov. 3.

"I'm voting for Joe Biden and Kamala Harris this year because Donald Trump has and will continue to put himself before the safety and well-being of America," she said. "He does not represent my values as an American, and most importantly as a human being."