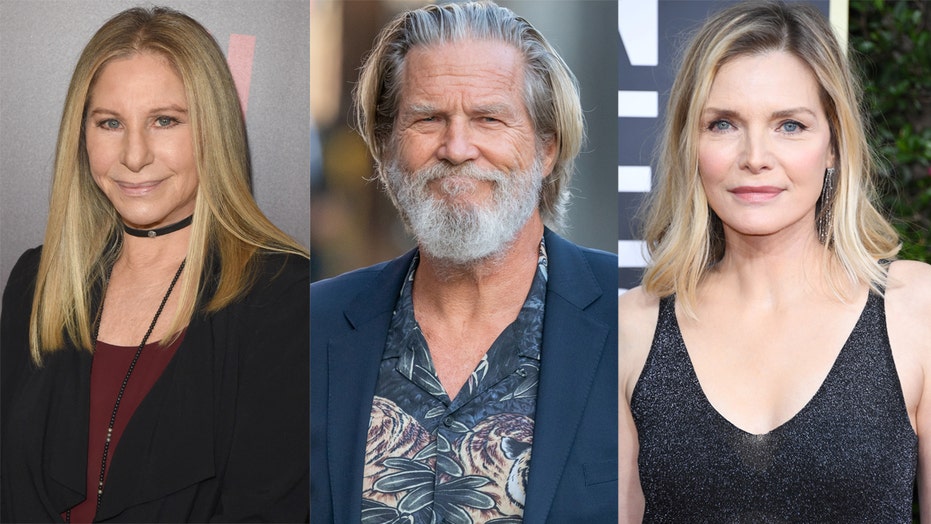 On Monday, Hollywood was rocked by the news of Jeff Bridges' Lymphoma diagnosis.

As one of Hollywood's most prolific and well-known actors, it's no surprise that many stars offered their love and support after Bridges, 70, made the announcement.

The star shared a statement on both Instagram and Twitter, garnering plenty of support from famous pals.

"Love you buddy," wrote his "Fabulous Baker Boys" co-star Michelle Pfeiffer in the comments on Instagram.

Barbra Streisand also commented, according to USA Today, and recalled how she had just discussed the "brilliant" actor in an interview.

Jeff Bridges announced on Monday that he is battling Lymphoma. (Photo by RB/Bauer-Griffin/GC Images)

"You have such a joyful spirit that I know you will overcome this temporary blip," wrote the musician. "Sending you lots of love and light."

Streisand, 78, appeared alongside Bridges in 1996's "The Mirror Has Two Faces."

Julianne Moore, who co-starred with the actor in "The Big Lebowski," also added a comment: "Oh no. Love u Jeff."

Bridges' "Against All Odds" and "Surf's Up" co-star James Woods shared a message on Twitter, explaining that the actor is "absolutely loved by every person who has ever crossed his path."

Michelle Pfeiffer (left) and Jeff Bridges (right) on the set of 'The Fabulous Baker Boys.' (Photo by Sunset Boulevard/Corbis via Getty Images)

"In my heart I know he’ll beat this thing, Against All Odds," wrote Woods.

"Jeff, my god, I love you," wrote Bridges' "K-PAX" co-star Aaron Paul. "Sending you so much love and light my friend. Love to you and the family."

"You’re a fighter. You can beat this," said Geroge Takei.

Jeff Bridges and Barbra Streisand in 'The Mirror Has Two Faces.' (Photo by TriStar/Getty Images)

"Oh no! I will light a candle for you tonight," commented Amy Sedaris.

Olivia Wilde gushed: "I love you so much, Jeff."

Rosario Dawson added: "Keeping the faith with you love!"

On Monday, Bridges wrote, "As the Dude would say.. New S**T has come to light," referencing his "Big Lebowski" character.

He continued: "I have been diagnosed with Lymphoma. Although it is a serious disease, I feel fortunate that I have a great team of doctors and the prognosis is good. I’m starting treatment and will keep you posted on my recovery."