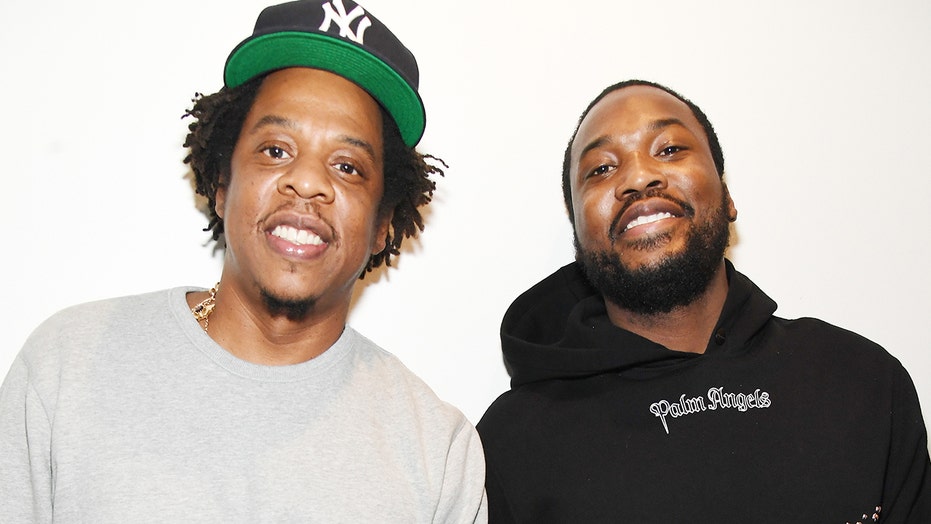 Rappers Jay-Z and Meek Mill had reason to celebrate on Wednesday as their criminal justice reform organization helped to pass a California law that is expected to have a positive impact on the state's probation system.

The hip-hop artists are two of the founders of REFORM Alliance, a criminal justice reform organization that's dedicated to changing laws, policies and practices to reverse injustices in America. The organization came about after Mill was handed a two- to four-year sentence in November 2017 due to a probation violation. He was released in April 2018 and has been determined to change the system since.

On Wednesday, REFORM announced on Instagram it was celebrating a "MAJOR REFORM VICTORY." Through its verified Instagram account, the alliance thanked California Gov. Gavin Newsom for signing AB 1950 into law.

"This bill will help put hundreds of thousands of Californians on probation in positions to succeed and exit the criminal justice system for good. Thank you @GavinNewsom!" the Instagram post reads.

In a follow-up post, the organization wrote, "This is just the beginning. This is how we #fightdifferent."

With the passing of AB 1950, probation sentences in California will be limited to a maximum of one year for misdemeanor offenses and two years for felonies.

REFORM's CEO Van Jones explained in a video statement that the law will essentially "make people be on probation for much less time" and will "give people a much better shot at getting out of that system, getting what they need and getting on their way."

The premise is to reduce the number of probation violations.

MICHAEL KEATON SAYS JOE BIDEN SHOULD NO LONGER PARTICIPATE IN DEBATES, CRITICIZES TRUMP FOR BEING UNPREPARED

Michael Rubin, a co-founder of the group, wrote of his pleasure at the bill's passage on Twitter.

"@REFORM was inspired by my guy @MeekMill who spent his entire adult life on probation, going in and out of prison, for technical probations# violations (again, not committing a crime). The madness has to end and today was a huge step toward fixing this issue!

Rubin continued: "This is just the beginning of our push to creating logical probation and parole laws in every state, while at the same time improving public safety and saving taxpayers billions of dollars!!! LET’S GO!!!