Jason Bateman on the perks of directing himself: ‘I’ve got one hand on the wheel behind the camera’

Jason Bateman is quickly establishing himself as one of Hollywood’s brightest directors.

Often viewed as a funnyman because of his slapstick comedy projects, Bateman has accepted the new challenges that come with directing and acting in a series or film.

The 51-year-old’s latest endeavor sees him adapting Stephen King’s bestselling novel “The Outsider” into an HBO series that begins with what is seemingly a cut-and-dry investigation into the horrific murder of a young boy. However, nothing is as it seems once a supernatural force infiltrates the case, prompting a seasoned police officer and an unconventional investigator to question their own morals and beliefs.

Bateman spoke to reporters at the Television Critics Association winter press tour at the Langham Huntington Hotel in Pasadena, Calif., about the series and opened up about the experience of directing himself while still being an executive producer on the show.

"Well, I feel very lucky to be given some opportunities to try to see if I have absorbed what I've been trying to learn for all these years, you know, that position of director and in television, executive producer where you're in that position of oversight.  And I'm learning,” Bateman said when asked if he sees himself making the transition out of acting into more of a directing role.

He continued: “And I'm really appreciating these opportunities with the material and the actors and the studio and network support that I've been lucky enough to get.”

The “Ozark” star and executive producer maintained that he reads the reviews written by television and media critics and said he uses that feedback to better himself as a director, adding that he grows from all of the criticism. 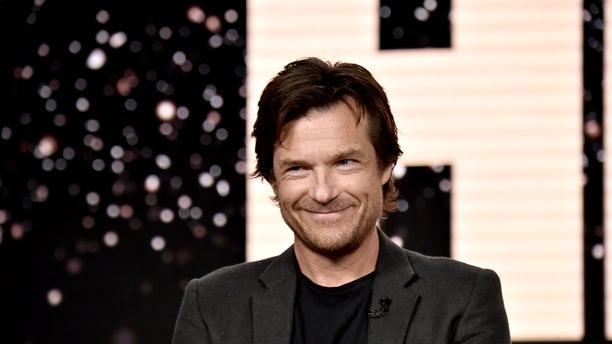 Jason Bateman of 'The Outsider' appears onstage during the HBO segment of the 2020 Winter Television Critics Association Press Tour at The Langham Huntington, Pasadena on January 15, 2020 in Pasadena, Calif.  (Jeff Kravitz/Getty Images for WarnerMedia)

“And frankly with the support of you guys as well and even those that don’t, those that have issues with some of the stuff.  It’s all learning for me, he added. “The negative reviews you learn stuff that you missed or even just perspective from a different opinion. And the positive ones are assuring and encouraging.  And so it’s all just a big growing thing for me and I've just always [felt] fortunate that I'm still in an opportunity to grow, having been in this business for a while.”

When pressed on whether or not he sees a time in the future where he might not act anymore, Bateman quickly shut down any indication of a potential retirement from acting, telling the room that he loves doing both but enjoys the varying sets of challenges associated with being at the helm.

“No, I really enjoy acting a lot. But right now I'm enjoying the challenge of the directing, so much more just given its wider scope, that sort of 360 thing you've gotta come in with as opposed to a single channel as an actor, not to belittle that at all,” he explained.

“It’s equally difficult, but I like acting in the things that I direct only because it makes things a little bit easier because I don't have to direct that actor,” Bateman quipped. “And the characters that I usually play are sort of the central focus for the audience.”

He concluded: “It’s sort of a proxy for you guys. So, I've kind of got one hand on the wheel behind the camera and then another hand on the wheel in front, so it’s two sets of eyes absorbing and processing some of the more complicated information that I'm attracted to on a script standpoint."