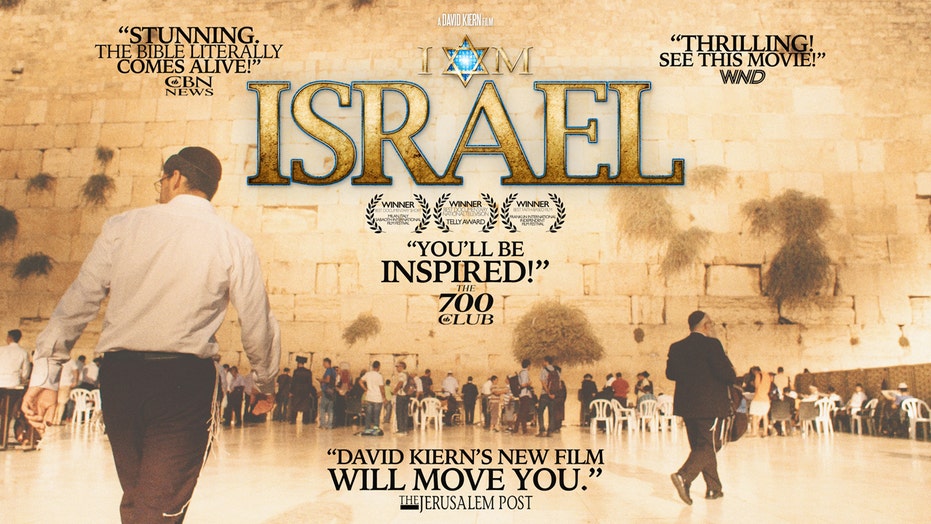 A new documentary, that has been viewed by the Knesset in Jerusalem and over 7,000 Jewish and Christian congregations worldwide, follows the journey -- triumphs and challenges -- of several families living out the biblical prophecy in the "modern-day miracle" that is Israel, a story thousands of years in the making.

"I Am Israel" director David Kiern told Fox News a scene in the film showing an Israeli vineyard owner from Russia, Yaakov Berg, sums up well the story of the rebirth of the Holy Land.

"To me, Israel is the best proof God exists and still acting in our world," Berg said. "I don't think you can find better proof."

Israeli vineyard owner, Yaakov Berg, shows the grapes he is growing in the Holy Land in the mountains of Samaria. (David Kiern)

The film, narrated by John Rhys-Davies, best known for his roles as Gimli in "Lord of the Rings" and Salah in "Indiana Jones," shows six Jewish families, who each proclaim, "I am Israel," living out what they believe is their God-given calling in "The Land."

A descendant of a Holocaust survivor said moving to Israel as a child changed the way she grew up, from talking about dolls and dresses to the meaning of life and death in ordinary day-to-day conversations.

"I Am Israel" Director David Kiern during the making of the documentary film that follows several Jewish men and women living out what they call their calling in the Holy Land. (David Kiern)

"I think it gave us something a lot deeper and a lot more meaningful as part of our personalities," Daniela Avraham, a tour guide, shared, adding that everyone who comes has something for them in the Holy Land.

The film points out that, not since the pages of Scripture, have so many families celebrated Sabbath in the land of Israel.

"I think we have a privilege of seeing with our own eyes, the words of the Book materializing and becoming a reality," Rabbi Yehuda Glick, a member of the Knesset, said. "In the history of mankind there has never been a nation that has left its homeland and returned to its homeland. Not after 2,000 years."

And, despite the rise of anti-Semitism around the world, Rabbi Jeremy Gimpel, radio host of the "Land of Israel Network," says the growth from 60,000 Jews living in Israel to 6 million over a century ago shows that God is not just a god of history but of now, causing more to flock to or stand with the Jewish State.