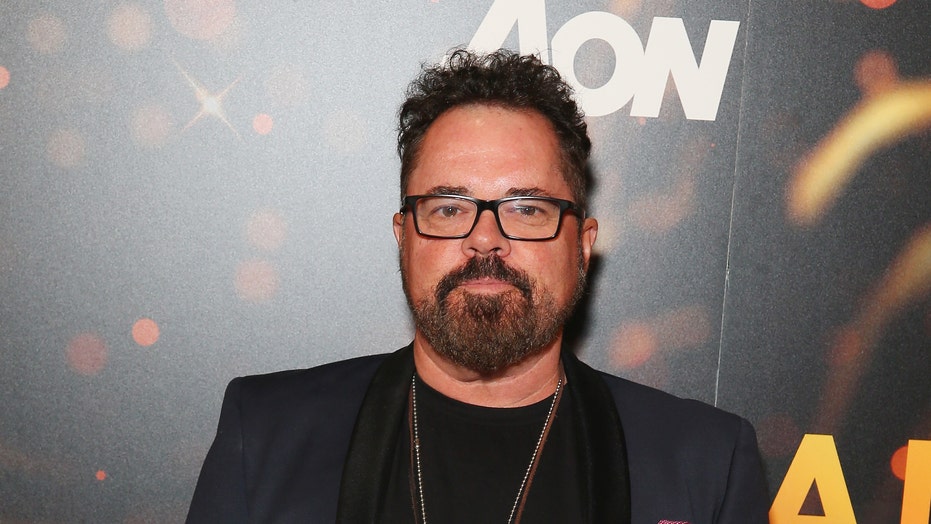 EXCLUSIVE:  Andrew Farriss was set to deliver his latest full-length studio album until the coronavirus pandemic upended everything.

The Australian rocker and co-founder of the band INXS told Fox News that right as the pandemic began halting shows and live events, Farriss had released two songs from his self-titled album “Andrew Farriss” and was preparing to travel the world to promote it.

But Farriss wouldn’t get the opportunity. He instead released “Love Makes the World,” a five-song EP on Oct. 2 that features music fit for the current times.

“The record company said, 'Hey, you can keep releasing songs if you want, but everyone's going home. They're isolating. Everyone's confused,'” Farriss, 61, said. “And so, like everybody else, I started isolating and then I started making videos of myself in the living room or whatever. And as I was sort of walking around one day, I started thinking, this is not party time -- this is a really hard time for people in the world.”

KENNY CHESNEY REFLECTS ON PERFORMING WITH EDDIE VAN HALEN: 'IT WAS SO ALIVE'

Farriss said while deciding his next move, he explored extra songs that he had recorded for his LP and realized many of the lyrics “all made sense” when arranging the tracklist.

“I'm just like in the same boat as anybody else,” said Farriss, whose wife Marlina is an Ohio native and has been longing to travel from Australia back home to visit her family.

“I think that really hurt my wife,” he lamented. “I think this is just a time in the world, whether we like it or not, ... [when] we need to really re-evaluate some of the more important things in our lives and the people closest to us, and really have a good look at ourselves about what we're all about.”

Farriss recalled a time when the band partied with Iggy Pop and Guns N’ Roses back in 1988 during a time he maintains was “a little less political and a little bit more fundamental.”

“I hope we come out of it real soon and I hope it's party time again. But it just don't feel like that to me. So that's why I emphasize those songs on the EP.”

One song on the album, titled “My Brother,” Farriss co-wrote with a friend who had lost a brother in a similar manner to the late INXS lead singer Michael Hutchence, who tragically lost his life to suicide in 1997 at age 37.

Although 2020 marks the 30-year anniversary of “X,” the band’s seventh studio album, Farriss said a part of him wanted to honor his fallen bandmate.

INXS singer/songwriter Michael Hutchence died by suicide in 1997. He was 37. (Photo By Rick Diamond/Getty Images)

“I asked myself that question a lot before I put the track, 'My Brother' on the EP,” said Farriss. “But I felt, first of all, I co-wrote that song with another awesome singer and a good friend of mine whose name is John Stevens. And John had lost a family member – his brother had passed away from, sadly, something similar to what Michael's experience was.

“But for me, as I've gone through life, I like to think of the good things about Michael, and there were some funny things about him,” Farriss added. “He was a funny guy. And most of his life, he was happy and upwardly mobile as a person. [He was] an amazing singer, amazing performer and a great songwriting buddy of mine. We probably wrote over 300 songs together and had some massive hits. A huge experience. ... 'My Brother' is about loss, and it's about the loss of a male figure in your life – someone close to you.”

INXS, which has sold over 60 million albums worldwide, was inducted into the Australian Recording Industry Association Hall of Fame in 2001.