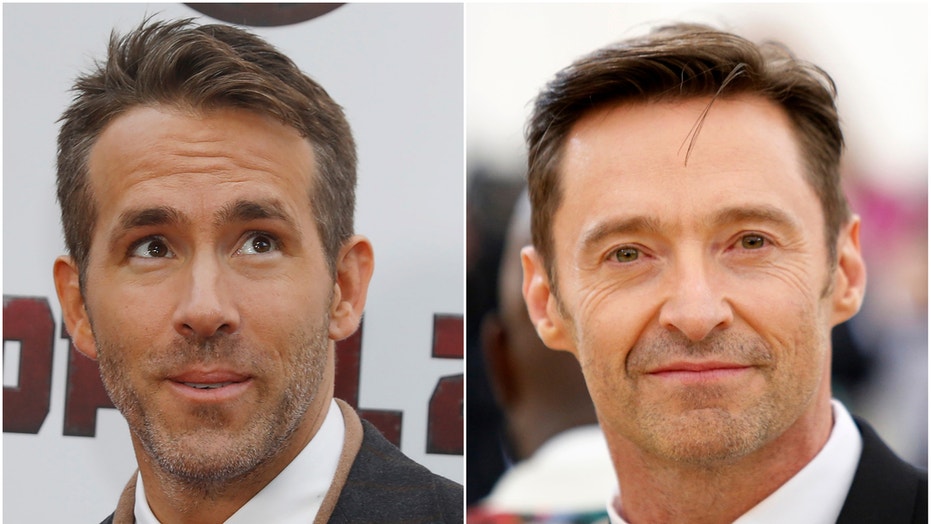 Hugh Jackman is a victor in his recent public "feud" with fellow actor Ryan Reynolds.

The latest spat between the "Wolverine" and "Deadpool" stars came as a means for charity through Sam’s Club when the pair entered into a competition with one another to sell the most products from their personal brands – Aviation Gin for Reynolds and Laughing Man Coffee for Jackman.

The terms of the deal were simple: Whoever sold the most over the course of a month would win the friendly competition and donations to the respective foundations they each were supporting would be matched.

The competition was also available for fans to participate in, no purchase necessary, and all they had to do was cast their vote for each celebrity online.

After Jackman tasted victory, he struggled to compose himself while accepting his win from Sam’s Club CEO Kathryn McLay and used the moment to take a jab at Reynolds who also learned his fate when Jackman placed to call to a blatantly misspelled "Bryan."

"Quite literally, I have a legal obligation to post this," Reynolds joked in a tweet on Monday, which showed the short clip.

"Hey Hugh!" Reynolds exuded in the video when he saw Jackman – but the excitement didn’t last long.

"You lost the Sam’s Club thing. I won," Jackman declared, adding, "Everyone hates you. Bye!"

RYAN REYNOLDS ON HIRING ACTRESS FROM PELOTON AD: 'I CAN CERTAINLY RELATE' TO GETTING BACKLASH

Jackman exits the video abruptly leaving Reynolds to bask in his defeat before a white screen flashes on the screen.

"CONGRATS TO HUGH" written in all caps and in a smaller typeface, "Sorry, Ryan."

However, Reynolds didn’t lament his loss for long as he quickly issued a follow-up tweet to his followers: "The REAL winner of the feud is the SickKids Foundation and Laughing Man Foundation," to which Jackman replied, "You are gracious in defeat. It’s a start."