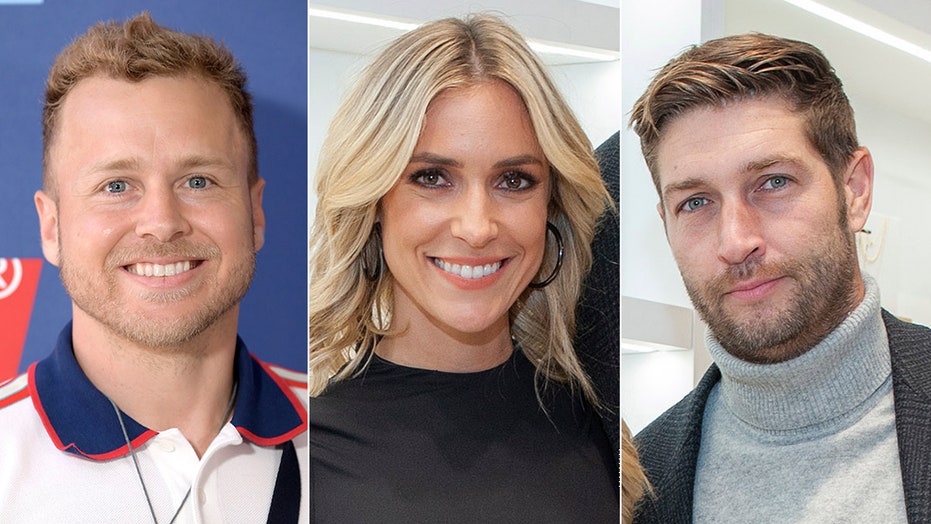 Heidi and Spencer's Tips For a Successful Marriage

Heidi Montag and Spencer Pratt share their secret to marital success with FNM.

Kristin Cavallari’s original reality TV co-stars are siding with her while she’s right in the middle of a divorce from former NFL quarterback Jay Cutler.

“I think Kristin is going to be better off,” Spencer Pratt said on “The Speidi Podcast,” which he co-hosts with his wife and fellow “Hills: New Beginnings” castmate Heidi Montag (via Us Weekly).

SPENCER PRATT REVEALS HE 'HATES' HIS 'THE HILLS: NEW BEGINNINGS' CO-STARS: 'I DISLIKE THEM'

The Uncommon James mogul, 33, and Cutler, 37, announced in late April that they were calling it quits after 10 years together. At the time, Cavallari noted that the cause for the split was that they were “growing apart” and cited “marital misconduct” in her divorce filing.

Cutler spent eight seasons with the Chicago Bears before retiring in 2017 to kick off a career in broadcasting. When that didn’t work out, he came out of retirement to play one season on the Miami Dolphins. After that, the couple moved on to their E! reality series “Very Cavallari,” which has aired for three seasons.

The former couple shares three children -- Camden, 7, Jaxon, 5 and Saylor, 4 -- together and reportedly reached a custody agreement while hammering out the details for Cavallari to move into her own place as soon as possible.

Meanwhile, Audrina Patridge, 35, who also broke out on “The Hills,” said she recently spoke to Cavallari about the ongoing divorce and shared experiences from her own contentious split from husband Corey Bohan, who Patridge shares a 3-year-old daughter with.

“We talked a little bit, two or three weeks ago when it first all came out but she just needs time to process and heal,” said Patridge, who described the feeling of going through a divorce as “literally, almost like mourning a death.”

“There’s highs and lows of fighting and being so sad and thinking, ‘Did I do the right thing?’ It’s like an emotional roller coaster," Patridge explained.

Patridge also called Cavallari “a tough girl,” and Montag, 33, echoed the notion, adding, “She is one of the most resilient, awesome, powerful women.”

Pratt also quipped in banter that the entrepreneur would likely parlay her plight into opportunities beyond what she’s already accomplished in her career.

“I guarantee you she writes a New York Times bestseller, ‘How to Divorce and Win,’" Pratt said.