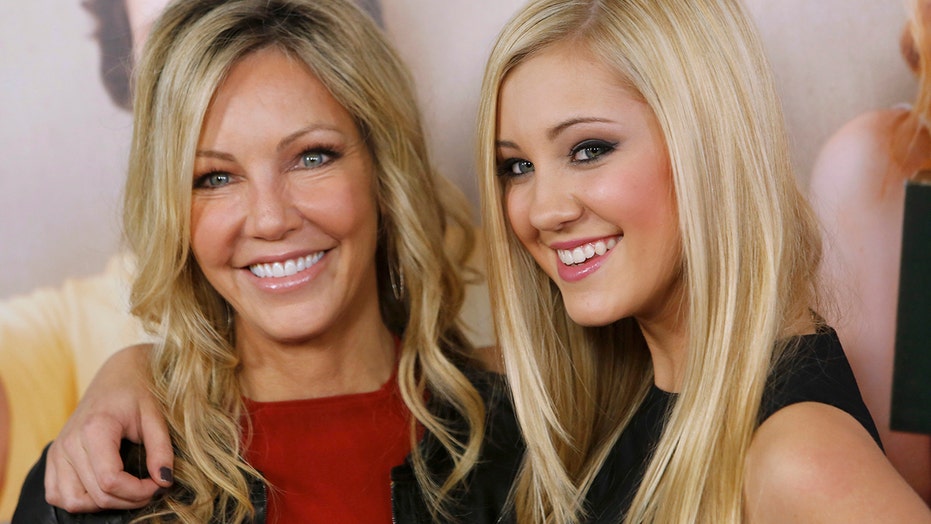 The 22-year-old shared a series of snaps on Instagram over the weekend and many people remarked on her similarities to Locklear, 58.

Sambora had her blond hair swept in a ponytail and posed looking over her shoulder in a leopard-print swimsuit.

The recent college graduate held up light pink flowers near her face for some of the snaps.

“I like flowers,” she captioned the photo along with a tag to her friend Sarah Wermers, presumably for photo credit.

One follower told the 22-year-old, “You truly are a stunning beauty, taking after your beautiful mother!!”

Locklear actually posted the exact same set of photos of her daughter a month earlier. “Look who I have at home😇❣️,” the “Melrose Place” actress captioned the pictures.

This isn’t the first time Sambora’s been compared to her mother.

In May she twinned with her mom by sporting an old Bon Jovi T-shirt previously worn by Locklear in 2000 at red carpet event.

The 22-year-old’s father, Richie Sambora, was the lead guitarist for the band for 30 years. He and Locklear were married for 13 years and split in 2007.

“I got it from my mama (Like I literally got this shirt from my mom’s closet 🤪),” Sambora captioned the photo of her in the band’s shirt.

The recent college graduate and the “Dynasty” actress have a very close bond, and Sambora told Us Weekly in 2018 that she'd "love to follow in my mother’s footsteps" career-wise.

“The best advice my mother ever gave me was not to take everything so personally," she said at the time.

"There are going to be a thousand times you’ll hear ‘no,’ but, it only takes a few yeses, and waiting for those yeses will be worth it, and I think that’s such an important mindset to have in this business,” Sambora continued.