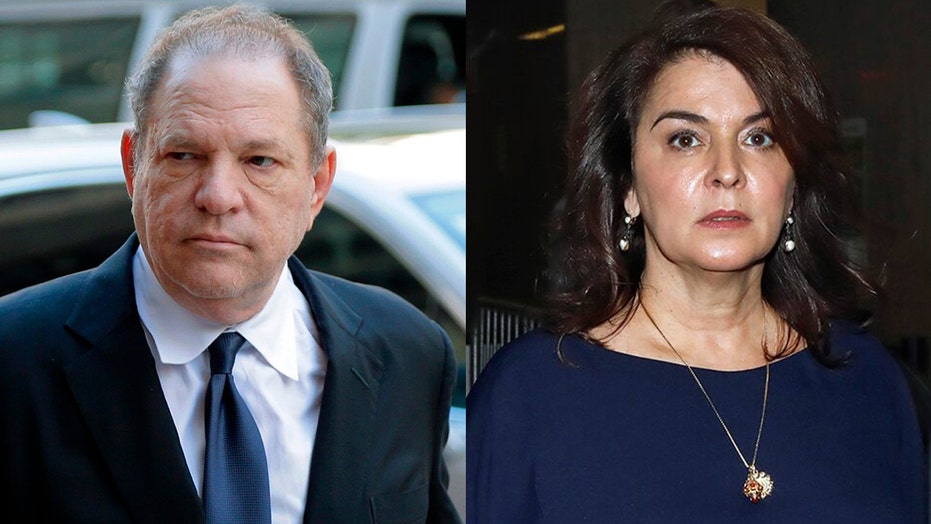 The jurors in Harvey Weinstein's rape trial remain focused on allegations from actress Annabella Sciorra, despite her claims being too old to prosecute.

Sciorra's name was front and center again Friday as jurors began their fourth day of deliberations by listening to a reading of a large chunk of her testimony.

Before going home on Thursday, the Manhattan jury had sent the judge a note saying it wanted to review the cross-examination of the “Sopranos” actress and any follow-up questioning by prosecutors.

The jury has already focused on emails that Weinstein sent regarding Sciorra, including ones to the private Israeli spy agency he allegedly enlisted to dig up dirt on would-be accusers as reporters were working on stories about allegations against him in 2017.

Jurors in the Harvey Weinstein case continued to ask about the testimony of actress Annabella Sciorra. (AP Photo/Richard Drew)

Sciorra, now 59, was the first accuser to testify and took the witness stand nearly a month ago, telling jurors how the once-powerful movie mogul showed up unexpectedly at the door of her Manhattan apartment before barging in, raping and forcibly performing oral sex on her in late 1993 or early 1994.

Sciorra's accusations are key to the most serious charges that jurors are weighing in the closely watched #MeToo case — two counts of predatory sexual assault, which carry a maximum penalty of life in prison. The charge requires prosecutors to show that a defendant committed a prior rape or other sex crime, but doesn't have the statue of limitation constraints that would bar her allegations from consideration on their own.

On cross-examination, Sciorra was grilled about why she opened her door in the first place and didn’t find a way to escape if she was under attack.

Weinstein lawyer Donna Rotunno asked, “Why didn’t you try to run out of the apartment? Did you scratch him? Try to poke him in the eyes?”

Prosecutors say Sciorra weighed only about 110 pounds in those days, making her no match for the 300-pound Weinstein.

“He was too big” to fight off, she told the jury. “He was frightening.”

Weinstein, 67, is charged with five counts stemming from the allegations of Sciorra and two other women — an unnamed aspiring actress who says he raped her in March 2013 and a former film and TV production assistant, Mimi Haleyi, who says he forcibly performed oral sex on her in March 2006.