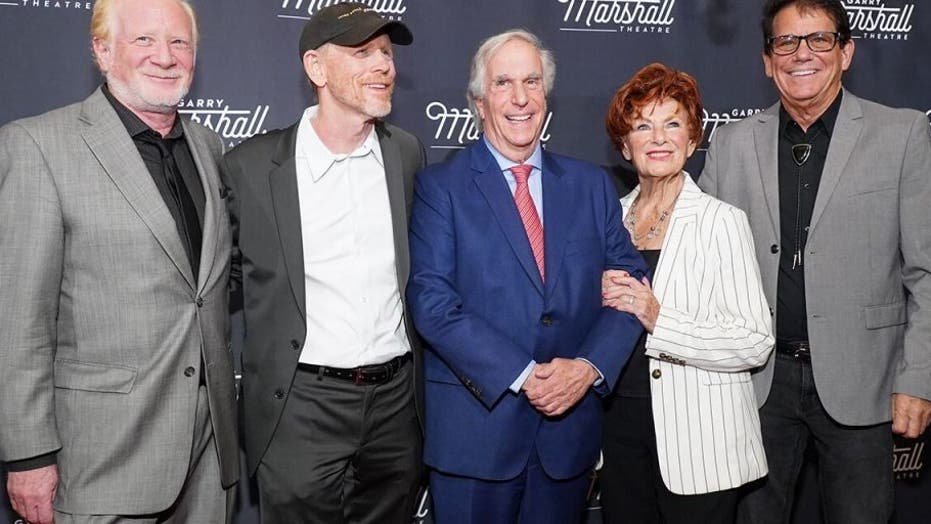 The cast of "Happy Days" is reuniting to help financially support Democrats running for office in the state in which the sitcom was set, Wisconsin.

Guests can donate $1 or more to attend and watch the cast participate in a Q&A. They are also going to share behind-the-scenes stories, according to Variety.

“We’re thrilled a show made famous in Milwaukee is coming back home to help make Donald Trump a one-term President,” said Ben Wikler, Chair of the Democratic Party of Wisconsin in a press release. “We know all roads to the White House go through the Badger State, and with the cast of ‘Happy Days’ helping us raise money to take back the White House, we believe even more we can deliver a victory on Nov. 3.”

Howard tweeted about his excitement. "The most important election of our lifetimes is right around the corner and Wisconsin is a must-win swing state. So, I’m thrilled to announce a #HappyDaysReunion to support @WisDems on Oct 25. Chip in any amount to attend," he wrote.

The cast of 'Happy Days' is reuniting to help financially support Democrats running for office in the state in which the sitcom was set, Wisconsin. (Getty Images)

Winkler, aka Fonzie, retweeted Howard and wrote, "I'm with him."

"Happy Days" ran on ABC from 1974 to 1984 and was set in the 1950s and '60s in Milwaukee. The show followed the Cunningham family, their friends, and of course local baddie with a soft spot Arthur "Fonzie" Fonzarelli.

Not listed on the reunion page was actor Scott Baio who played Chachi. He's a vocal supporter of President Donald Trump but John Stamos is ready to step into the role.

He volunteered on Twitter to play the character to which Baio replied, "Shouldn't you be taking care of Aunt Becky?" referencing his on-screen "Full House" wife, Lori Loughlin, who was recently sentenced to two months in prison for her involvement in the college admissions scandal.

Other casts that have reunited to help Wisconsin Democrats include NBC’s "Park & Recreation" and the cast of the 1987 film "The Princess Bride."