Joseph Habedank has a lot to be thankful for, aside from the fact he's nominated for his second-ever Grammy for best roots gospel album with "Deeper Oceans."

"It's really a special record for me personally, and I'm so glad that people have latched onto it... the industry and my peers and of course, the Recording Academy and so, I'm just so humbled by it and very grateful and just thankful because I know where I could be," he told Fox News on Monday.

"I can be either in prison or in rehab or dead. So I think this whole gift of sobriety brings so many other gifts with it if you can stay sober one day at a time. So I think that's pretty amazing."

If you ask the gospel crooner what his life’s purpose is, he’ll tell you it’s making sure a loud conversation is had by everyone in music, and beyond that addiction is real, rampant and deserves the utmost attention. 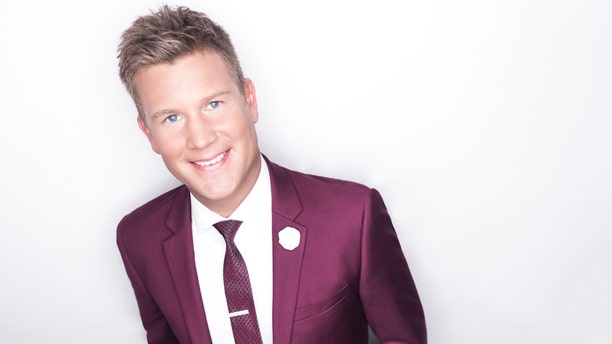 Habedank, 34, has been on a long journey to sobriety that began when he was the lead baritone singer for The Perrys. The musician said he joined the band when he was 17 years old.

After singing with the group for about six years, he was introduced to prescription pain medication due to an ulcer he had in his throat.

“I started taking it for legitimate reasons, and I just loved the way it made me feel,” the "Resurrection" singer said in our extended conversation. “I mean, it took away every problem that I had in my life, and I never forgot that feeling. And I kept taking (the pills) here and there, not really experimenting, but recreationally using, and then I got hooked on them. And opiates are not something you can recreationally use. They're very addictive.”

The 11-time GMA Dove Award-nominated soloist explained that in the 10 years he spent with The Perrys, he was given ample opportunities by the group to get clean.

“They gave me several chances, the group did. They came to me numerous times and said 'Hey, we know you're struggling with this. What can we do to help?'” he said. “They even pulled me off the road for a couple of weeks before I got married and I did good for a few months.” 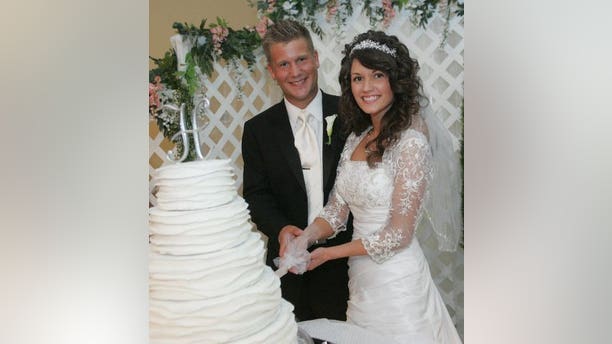 The Nashville native said he wasn’t able to feel the true hold his addiction had over his life until his career was crumbling.

“I think ultimately I had to lose my identity, and my identity was wrapped up in who I was as an artist. And when that was taken away, that was my bottom,” he admitted. “I think each person has a different rock bottom. And my rock bottom was when my identity as a musician was taken away from me. And I had to face the reality that, hey, you're no longer a full-time gospel artist. You are now just a drug addict – straight up. So that's when I knew it's time to get some help.”

That help came in the form of his wife Lindsay, who never wavered from his side, and the unexpected help from the MusiCares Foundation – a nonprofit organization created by the Recording Academy that has provided more than $60 million in health, financial and rehabilitation resources to folks in the music industry.

“Lindsay and I had been married at that time, about three years. We've been married for 10 years now, and she first found out when I lost my job – she was in the room when [The Perrys] asked me to resign,” he said. “And they left the house and she left not too many minutes after, but she was only gone for about five minutes because she was afraid I was going to overdose. So she turned around and came back and she never left again. Stayed with me through the whole recovery process, helped me get into rehab.” 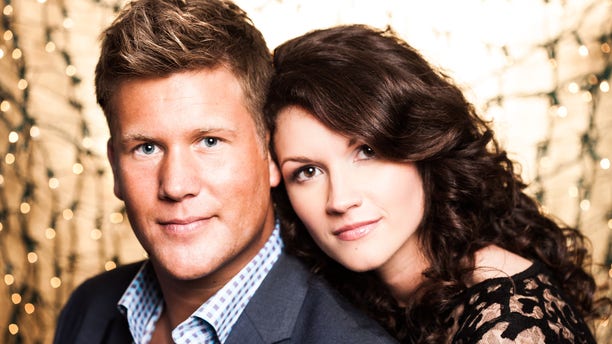 Joseph Habedank credits his wife, Lindsay as the most influential person in his quest for maintaining his sobriety. (Courtesy of Joseph Habedank)

“There's a place just outside of Nashville where we live called Cumberland Heights, I think it's one of the top five treatment facilities in America,” Habedank continued, adding that at that point, he and Lindsay didn't have health insurance and didn't have the money to pay for his drug treatment – an expense that would have cost them over $20,000.

“We heard about the Grammys and MusiCares offered to pay for that,” he said. “So to be up for this Grammy, it's kind of a full-circle moment that they, the Grammys ultimately helped me get sober.”

Habedank said he has carried on through seven years of sobriety, adding that Lindsay has since become his road manager and is easily the most influential and impactful person in his recovery. He said what he enjoys the most is that they get to share their story of addiction both from the viewpoint of an addict and through the eyes of the strong wife who supports her husband.

“She travels on the road with me, tours with me and we just have a blast,” he said. “We really love what we get to do together and we get to share our story from both sides. ... We're just really living in a season of gratitude and thankfulness.”

When asked what he believes the music industry can do to combat the national epidemic of opioid-related overdoses and deaths, Habedank said the people struggling with addiciton need a safe space to air their concerns and fears.

“I think the most important thing is to talk about it, open the conversation,” he said. “If you think you have a problem, talk to somebody, or if you know you have a problem for sure, open up to somebody that you know you can trust that you know won't judge you, and you'll be surprised at how many people will be like, 'Man, thank you for telling me that. Let's go get you some help.'

When asked what his overall recovery has meant to him from a personal-growth standpoint, Habedank marveled at the fact that his sobriety has also brought with it, less instability and more compassion toward Lindsay.

“On the artist side of things, I think I'm learning to be more content and grateful rather than always chasing the next big thing. Just kind of live in the moment and be grateful for the opportunities,” he said. “And personally, for a lot of years I had a lot of anger and I was never an abusive guy, but I would always – kind of, lash out – maybe lose my temper and say things that I didn't mean. And I've noticed just in the last year, that I've started treating my wife better and even in those weak moments I've learned, how to be more kind and compassionate and understanding."

Habedank said he absolutely accepts the call to be one of the voices speaking out about addiction.

“Any opportunity that I ever get to share my story, I'm more than happy to do that,” he said. “And it's always my honor and privilege to get to share what God's done in my life and what recovery has done for me.”