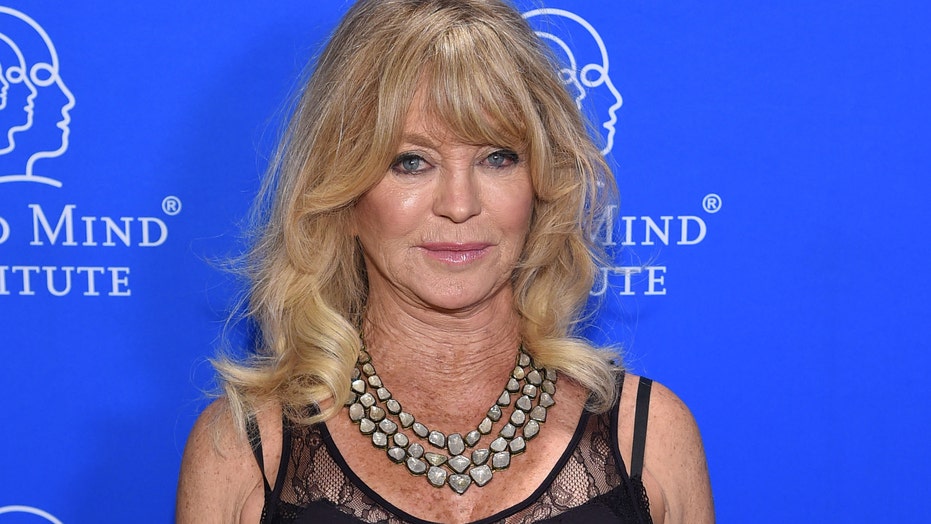 Now, the "Overboard" star is marching to the beat of a new tune: The Outkast classic "Hey Ya!"

In the video, the song plays as Hawn washes dishes in her kitchen, gleefully scrubbing away before prancing around with a plate in hand.

Boston, son of Hawn's longtime partner Kurt Russell, also makes an appearance in the video, dancing alongside the actress. Eventually, Russell himself makes a brief cameo.

"Washing dishes doesn’t have to be a chore, it can be a dance!" read the caption. "It’s all up to us."

GOLDIE HAWN GUSHES ABOUT 'ANGEL' KURT RUSSELL ON FATHER'S DAY: 'NOBODY LOVES LIKE HIM'

The dance earned plenty of praise from some of Hawn's famous friends in the comments.

Lisa Rinna offered a handful of emojis including hearts and clapping hands.

Back in May, the Oscar winner shared a video of herself dancing to "Physical" by Lipa while working out on a trampoline.

"My crazy @mindup mindful movement for today. Dance, jump and twirl like nobody’s watching," read the caption. "⁣And thanks @dualipa for the best addition to my trampoline playlist!"