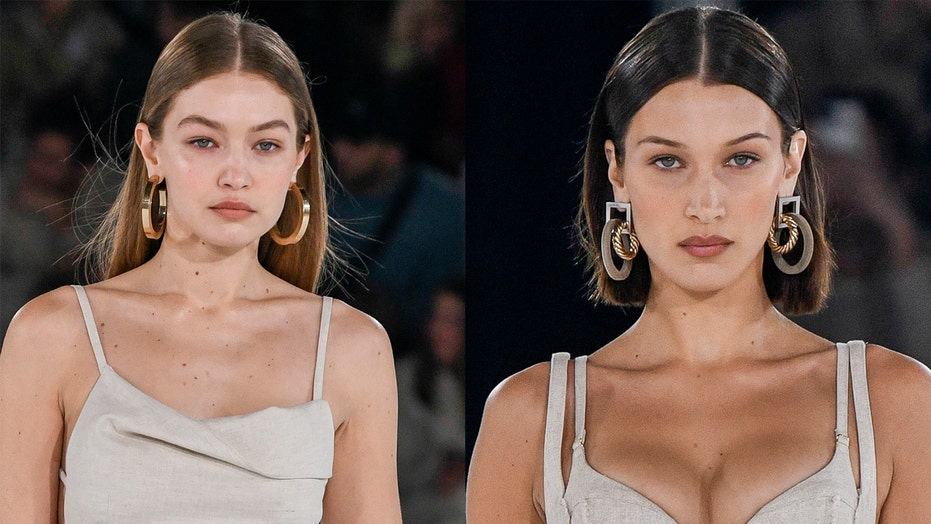 The two already looked similar enough, but once they put on matching dresses, the similarities were uncanny.

Both dresses were light tan in color.

Gigi, 24, wore a lengthy, flowing dress with a high leg slit. The dress was paired with tan sandals and large, gold hoop earrings.

The 23-year-old Bella, on the other hand, donned a form-fitting dress with white stockings, heels and a purse, as well as multi-colored earrings.

Less than a week ago, Gigi made headlines after being called as a potential juror in Harvey Weinstein's sexual assault trial.

Gigi told the judge she had met Weinstein and multiple witnesses including Salma Hayek.

The model said she felt she could remain impartial, but the judge ultimately dismissed her.