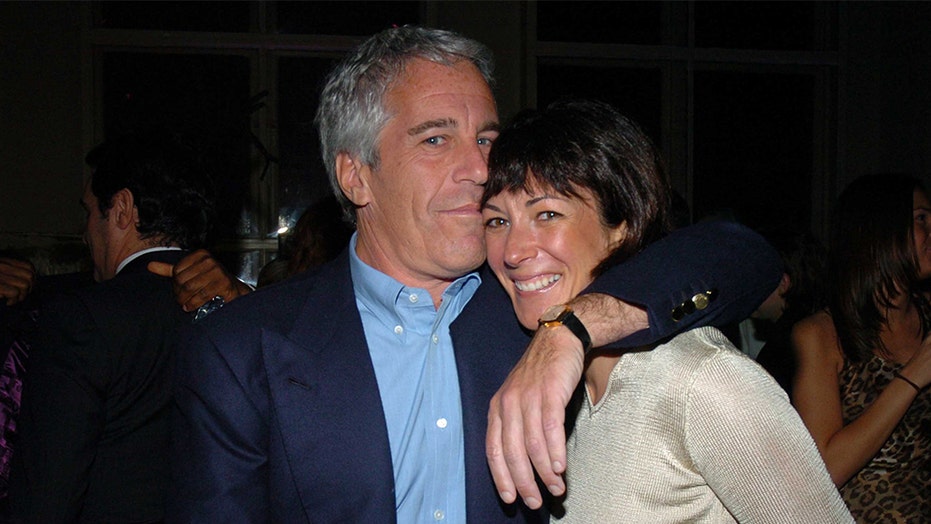 “Better late than never,” Oxenberg told Fox News. “It’s good she is arrested. Whatever she gets is what she deserves if justice prevails.”

Maxwell, a British socialite, was arrested Thursday on charges she helped lure at least three girls – one as young as 14 – to be sexually abused by the late financier, who was accused of victimizing dozens of girls and women over many years.

According to the indictment, Maxwell, who lived for years with Epstein and was his frequent companion on trips around the world, facilitated his crimes and on some occasions joined him in sexually abusing the girls.

The 57-year-old said there’s one thing the press has gotten wrong about Maxwell.

“Jeffrey Epstein was not her boyfriend,” Oxenberg claimed. “He was her boss. She wanted to marry him but he was humoring her for being a faithful lapdog.”

Oxenberg is the daughter of Princess Elizabeth of Yugoslavia – Prince Andrew’s second cousin. The celebrated writer previously told Fox News that her mother and Andrew’s older brother Prince Charles grew up “very close.” Oxenberg has been detailing her upbringing in a serialized tell-all memoir that she’s been updating every week on Patreon.

Oxenberg said she met Epstein during a dinner party held at businessman Leslie Wexner’s townhouse. She said that at the time, Epstein didn’t know Maxwell.

Maxwell reportedly introduced Epstein to the Duke of York in 1999, The Telegraph reported. According to the outlet, Andrew is last known to have met with Maxwell at Buckingham Palace in 2019, two weeks after U.S. prosecutors announced they wanted to reopen their investigation into Epstein.

Andrew, 60, has denied ever having sex with one of Epstein’s main accusers, Virginia Roberts Giuffre, after she claimed she had sex with the British prince three times, including when she was 17.

Andrew was not mentioned in the indictment, and the charges covered Maxwell’s dealings with Epstein only from 1994 through 1997, a period well before his alleged encounters with Giuffre in 2001. However, Audrey Strauss, the acting U.S. attorney in Manhattan, announced she would “welcome Prince Andrew coming in to talk with us.”

Oxenberg said all eyes should now be on Maxwell.

“The focus should be, and now rightly us, on Ghislaine Maxwell as the mastermind of the operation of recruiting sex partners for Jeffrey Epstein,” she said.

PRINCE ANDREW HAS NEVER BEEN ‘A TARGET’ OF US INVESTIGATIONS CONCERNING JEFFREY EPSTEIN TIES, ATTORNEYS SAY

For years, Maxwell has been accused by many women of acting as a madam for Epstein, helping him scout young girls for abuse, then hiring them to give him massages, during which the girls were pressured into sex acts. In one lawsuit, a woman alleged Maxwell was the “highest-ranking employee” of Epstein’s alleged sex trafficking enterprise. Those accusations, until now, never resulted in criminal charges.

Back in January, Oxenberg told Fox News it was crucial for the FBI to finally track down Maxwell.

“Epstein had a goal, which was he wanted to meet Andrew,” she said at the time. “He got his goal through [his gal pal] Ghislaine [Maxwell]. It was easy to set up… But Andrew didn’t know he was being used. Jeffrey was a pervert. Ghislaine was an enabler of a pervert. So they are the problem and I want the focus to be on Ghislaine. The only thing the FBI needs to know from Andrew is how do we find Ghislaine? That’s all you need from him. What can he say? ‘I’m sorry I was an idiot.’ How many times do you want him to say that? We get it.”

“Andrew didn’t understand, and it’s not his fault, but he was targeted specifically by Epstein and Maxwell,” she said. “Andrew thought they were friends… He was targeted by Ghislaine and I know that. I just happen to know that for a fact.”

“Andrew is not a mastermind sex trafficking ring organizer,” she stressed. “Forgive me, my sweet cousin Andrew, but the dude couldn’t organize a dinner party, let alone a sex trafficking ring… Epstein had a fixation with Andrew for years before he met him – that was a known thing. He wanted to meet Andrew. Ghislaine was eager to make this goal a reality for him… Epstein was a glutton pervert, but somebody was willing to feed his perversion – that was Ghislaine.”

Oxenberg claimed that despite reports, Maxwell was never Epstein’s girlfriend – only his employee. However, she allegedly wanted to marry Epstein and was eager to fulfill his desires, remaining on his good side.

“That’s what she told me,” claimed Oxenberg. “That was her goal. She said, ‘I’m making myself indispensable to him. I’m giving him whatever he wants and I want him to marry me. This is how I’m getting there.’”

According to Oxenberg, she and Maxwell were never friends, but they both found themselves in the same circles. She last saw Maxwell in 2015 for a public event she hosted. Oxenberg said she has since spoken to the FBI and shared everything she knew about Epstein and Maxwell.

Christina Oxenberg is the daughter of Princess Elizabeth of Yugoslavia. (Photo by Stephen Lovekin/FilmMagic/Getty)

“She didn’t appeal to me,” said Oxenberg. “She sounded like a raving nut job the few times I encountered her. She was on the make from early childhood to be in the right circles. I’m a member of one of those circles so I was on her list. [But] I’m super low, periphery, very unimportant. If she could have used me more, she would have… She didn’t find a use for me… She and I had totally different goals. I didn’t know her enough to be suspicious of her. I just thought she was not my cup of tea. Meanwhile, she was actively, strategically targeting.”

At the time, Oxenberg said she had some advice for Andrew.

“I would say, ‘Please remember to say sorry to the women who are still hurting – they matter the most in all of this,’” she said. “‘I’m sorry you were betrayed by your friend, but that is what happened. Now it’s time for you to give her up. Wherever she is or whoever can get the FBI to her – she’s the one the FBI needs to go after for these young ladies, the victims. She used you. Now give her up.’"

“The women – my heart goes out to them,” said Oxenberg. “[They] were abused. That’s incontrovertible… [And] many people were fooled over the years… You just cannot believe real evil exists right in your face.”