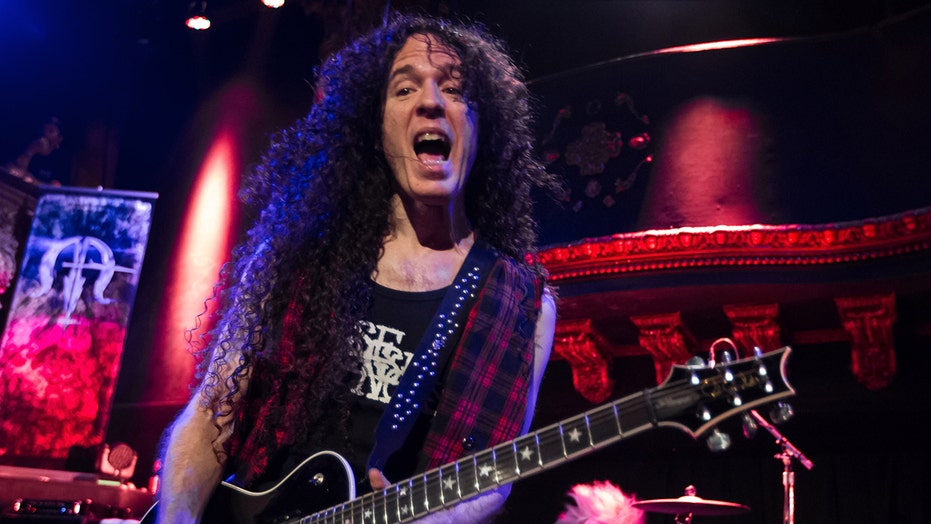 Marty Friedman has been performing since he was a teenager but the excitement of making new music hasn't waned for him in the slightest.

The guitarist spoke with Fox News about his new album "Tokyo Jukebox 3" and how he's always pushing himself to explore new musical genres and test his playing capabilities.

Friedman, 58, also talked about how living in Japan since 2003 has shaped his musical interests and why he left the heavy metal band Megadeth over 20 years ago.

Fox News: What can fans expect from this new album?

Marty Friedman: "Tokyo Jukebox 3" is basically my interpretation of well-known Japanese songs. And there's something about Japanese music that I fell in love with a long time ago. And it's kind of indigenous to Japan and its own music scene. And that is there's this kind of feeling that you get from the songs melodically that don't really happen in other kind of genres or other country's music.

In this album, I could really express myself in new ways that not only get people to enjoy my music but to introduce this great world of Japanese music to other people around the world.

MEGADETH’S DAVE MUSTAINE SAYS HE WAS DIAGNOSED WITH THROAT CANCER

Fox News: How has living in Japan changed your perspective on music?

Friedman: Music is definitely a universal language, but I found even before I moved to Japan, just touring in so many different countries, you get to get a little glimpse of what people are listening to in that other country. You know, when you're from America, you think, Oh, everybody just listens to American music wherever you go. And to some extent that's true. But to a much bigger extent, they're listening to the music that means something to them and their country and their language and their musical motifs and things that they're comfortable with. And no place is more like that than Japan, even in the most current pop music. Hard rock music, metal music, dance music, you will hear very traditional Japanese musical motifs.

Fox News: How has music been an anchor for you throughout your life?

Friedman: Music is the only thing I can really do. Well, that's pretty much it. So, I guess when you can do something and you're failing at all these other things and you pick up an instrument that you can actually play, you feel that empowerment, not everyone is good at all things. Not everyone is the be all end all jack of all trades. I've been doing music forever, so it's just kind of like brushing your teeth, you know, it just happens. I'm also constantly trying to make sure that I renew myself constantly. There's nothing that would hurt me more than to have to go back to my past and relive that and be a nostalgia person just to please the old fans. I love the old fans very much, but the true fans are going to at least listen to what I'm doing now. And if they stick around, that's fantastic.

Friedman has been living in Japan since 2003.  (Susumu Miyawaki)

Fox News: It's been over two decades since you left Megadeth. What emotions were you feeling when you stepped away from that band? Was it a difficult decision?

Friedman: I haven't really reflected on it except for right around that time. At the time I was like, I love the members of the band very much. I loved what we did very much. And it was not an easy decision to leave. But I knew that I would be able to reach the potential that I saw that I could be capable of doing. The only way to do that was to leave that band. And I knew that what they wanted to do in their music, they could find someone much more suitable than me to do that. So I thought it was a win-win situation for everybody. And they've done very well since I've left. And I'm their biggest fan.

You know, we had a wonderful, wonderful run together and then I just started to feel other music inside of me that had to get out and it wasn't going to get out in that context. So it was really that simple. There are no juicy stories. You know, there was no animosity at all.