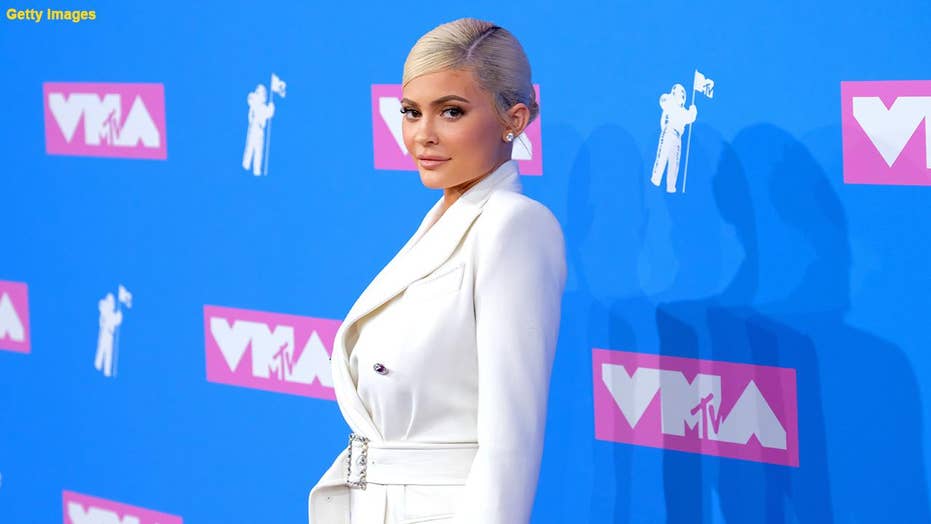 Kylie Jenner may be the youngest billionaire in the world, but is she “self-made”?

Forbes magazine received backlash on Tuesday after it once again dubbed Jenner as a “self-made” billionaire. The magazine crowned the makeup mogul the “youngest-ever self-made billionaire” at the age of 21, beating out Facebook founder Mark Zuckerberg, who became a billionaire at 23. Forbes first predicted Jenner was set to claim the title in July.

“Kylie Jenner is the youngest-ever self-made billionaire, reaching a 10-figure fortune at a younger age than even Mark Zuckerberg #ForbesBillionaires,” Forbes tweeted Tuesday.

Shortly after, Dictionary.com posted this sassy response: “Haven't we gone over this? Self-made: Having succeeded in life unaided.”

Many social media users seemed to agree and said they took issue with calling Jenner “self-made” due to her family’s fortune. The Kardashian-Jenner sisters have several projects and companies that have raked in hundreds of millions of dollars over the years.

“You’re literally not self made when you’re born into riches, born into connections, born into likeness. Self made is when you get that yourself working hard by yourself paving lanes for yourself. Not saying this shit was handed to her but i’m sure it wasn’t much of a task,” one user wrote.

Another person said, “Did she work a random day job in the mall to save up a few grand to start her makeup line, which led to it becoming profitable and an investor coming on board? It’s not self made if you’re born with it.”

“Is it impressive what she’s done? Absolutely. Should she have respect for it? 1000%. Is she self-made? Abso-freakin-lutely NOT,” another tweet read.

“I don’t think @Forbes knows what ‘self made’ means...... not to take credit for things she’s done she’s made a very good name for herself, but she’s had an insane amount of connections since she was 10. She was in the spotlight immediately. A lot is social media presence as well,” one person wrote in response to Forbes’ tweet.

“To be clear, she's obviously done very well for herself and put the work in, but that label feels disingenuous,” another user said.

Although the Kardashian-Jenner family’s fame did give her a boost, the 21-year-old invested $250,000 of her own money from modeling gigs to produce the first line of lip kits that eventually led to her cosmetic empire.

Jenner also owns 100 percent of Kylie Cosmetics, which made $307 million in sales within a year of launching in 2015, Forbes reported. The magazine said the reality star's estimated fortune is $1 billion due to a combination of her company's $900 million worth and money from other projects.

The reality star also defended her “self-made” title in February, telling Paper magazine that her parents, Kris and Caitlyn Jenner, “cut her off at the age of 15.”

"My parents told me I needed to make my own money, it's time to learn how to save and spend your own money, stuff like that," she told the magazine. "What I'm trying to say is I did have a platform, but none of my money is inherited."

Jenner admitted that her family’s notoriety has given her massive exposure to promote her products, but insisted the "self-made thing is true" because she hasn't received any money from her parents since she was a teen.

"I had such a huge platform, I had so many followers already and I had so many people watching me," she said, referring to her family’s long-running reality show “Keeping Up with the Kardashians.”

Jenner told Forbes on Tuesday that it's nice to receive the coveted title.

“I didn’t expect anything. I did not foresee the future,” Jenner said about being the youngest billionaire in the world. “But [the recognition] feels really good. That’s a nice pat on the back.”