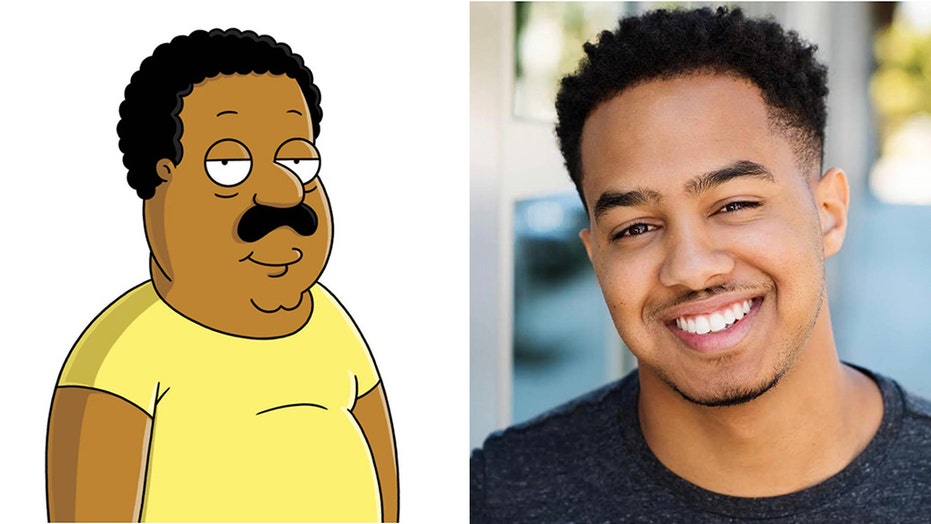 “Family Guy” has a new voice for its beloved Cleveland Brown.

YouTube star Arif Zahir, known as Azerrz in the YouTube space, is revered for his many voice impersonations as well as his “Cleveland Brown Plays ‘Call of Duty’” series which incapacitates online gamers with uncontrollable bouts of laughter as they listen to phrases queued up by Zahir in real-time.

"To Mike, you created something truly special and I promise I will do my absolute best to honor your legacy.”

Actor and show co-creator Mike Henry appears with signage for his animated series 'The Cleveland Show' at a panel discussion at The Paley Center for Media on Sept. 23, 2010, in Beverly Hills, Calif. (AP)

Henry, 54, who created Cleveland Brown and voices other side characters such as Bruce the Performance Artist and Herbert the Pedophile, will continue to voice Brown in Season 18, which premieres on Sunday – and will hand over the reins to Zahir when Season 19 goes into production.

"I welcome Arif to the ‘Family Guy’ team,” Henry said, according to Deadline. “Arif’s vocal talent is obvious, but his understanding of Cleveland and his respect for the character give me confidence that he is in the right hands. I look forward to getting to know Arif and working with him to make sure Cleveland stays every bit as awesome as he has always been."

He will also remain as a writer and voice actor on the popular animated FOX series.

"It’s been an honor to play Cleveland on ‘Family Guy’ for 20 years," Henry wrote on Twitter in June when he announced he would be relinquishing his role of voicing the Black figurehead. "I love this character, but persons of color should play characters of color. Therefore, I will be stepping down from the role."

He has also been the voice behind a Latina maid named Consuela on the series.

In 2018 at Comic-Con, Henry spoke to Fox News about voicing Cleveland. "People are usually surprised," he explained of peoples' reactions at the time. "They usually go, 'I didn’t know he was going to look like that.'"

Henry went on to say that "it wasn’t like I was cast as Cleveland, I created Cleveland."

"You know, Cleveland is largely some weird part of me and I’ve been able to do it for [almost] 20 years now, and I think what you’re getting at is, 'Does anyone get upset about it?' Rarely," Henry said in 2018. "I mean, sometimes now with the climate out there of everything is very PC [politically correct], all I can say to that is I know where I’m coming from."

"And on 'The Cleveland Show' if there was a joke I wasn’t sure about, I would defer to Sanaa [Lathan] or some of the other writers in the room who walk the walk and live the life because I don’t," he said at the time. "And I’d say, 'Can we do this? What’s up? You guys do this and tell me what I can do. I’m coming from a good place and I hope people aren’t upset.'"