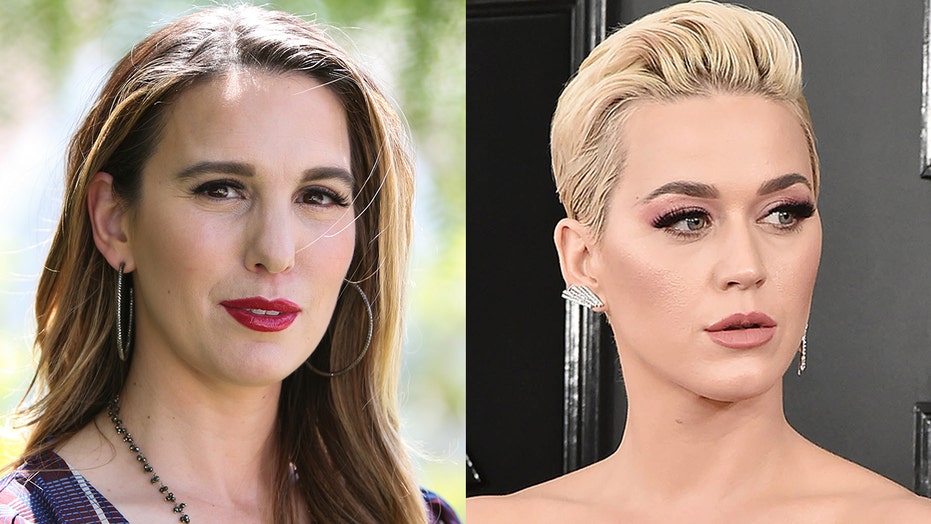 Christy Carlson Romano is continuing to speak out about her time in the Disney limelight as a young performer in Hollywood.

In a new YouTube video upload titled, "How Katy Perry Got My Record Deal," the "Even Stevens" actress, 37, opened up about a moment in her singing career when she parlayed a Broadway run into a record deal with Atlantic Records. Romano had starred as Belle in the Broadway adaptation of "Beauty and the Beast" in 2004.

However, according to Romano, Katy Perry allegedly ended up snatching the deal from right under Romano’s nose when one music executive, Jason Flom, left Atlantic for a job at Virgin Records.

Romano maintains that at the time, Perry wasn’t yet signed to a label and once Flom landed at Virgin, he phoned Romano to work on a song and she was placed with the Matrix group, which was tasked with assisting young artists in the songwriting and development process.

Cristy Carlson Romano played the voice of ‘Kim Possible’ during her time as a young performer in Hollywood. (Photo by Charley Gallay/Getty Images for Disney+)

As Romano puts it, Perry was "really, really looking for a deal" and was also working with the Matrix cohort as she too was looking to make a splash in the music industry. Romano maintains that she was offered to record a track titled, "Just a Song," which she claims Perry was merely a demo voice on the reference track.

Romano said she felt the song fit her style so she ended up recording it in order to hand it over to Virgin in hopes of obtaining a contract.

It was around that time that Romano said she attended a dinner with Perry and a group of musicians and songwriters and praised Perry for her voice while making the revelation that she was developing her version of "Just a Song" with Flom, who is now the CEO of Lava Records and its Lava subsidiaries.

A month supposedly went by when Romano was told through the grapevine that she was out and Perry was in with a sweet recording deal.

"So, there you go guys," Romano said in the video. "That’s the tea. I don’t know if she was just using her sense to say to herself, ‘Wow Jason is in the market for this kind of voice.’ Or maybe she had a conversation that had already started with him."

"Does it matter? Not really, but I will say this," Romano pressed. "Record companies take on more than a few kind of singers. So that meant she was my ‘direct competition,’ if you will, in the running spot for Jason to hire or take on someone for that record contract."

Romano, who has been revealing the scoop behind her life on the Disney totem pole as of late, said at the end of her video that she harbors "no ill feelings" towards Perry and even admitted that Perry "deserved that record contract" more than Romano did in that instance.

Last month, Romano revealed in another YouTube video that she "made millions" then lost it all after her Disney career, explaining that she blew mush of her earnings on intangible purchases. She hadn’t even bought a home and later ended up in debt.

"I really regret not investing my money wisely," the "Kim Possible"’ voice actress said in the video. She had also previously admitted to receiving a book deal that earned her around $1 million – but lamented blowing it all in the same year on various purchases and a psychic to whom she paid "a bunch of money."

Reps for Perry and Flom did not immediately respond to Fox News' request for comment.