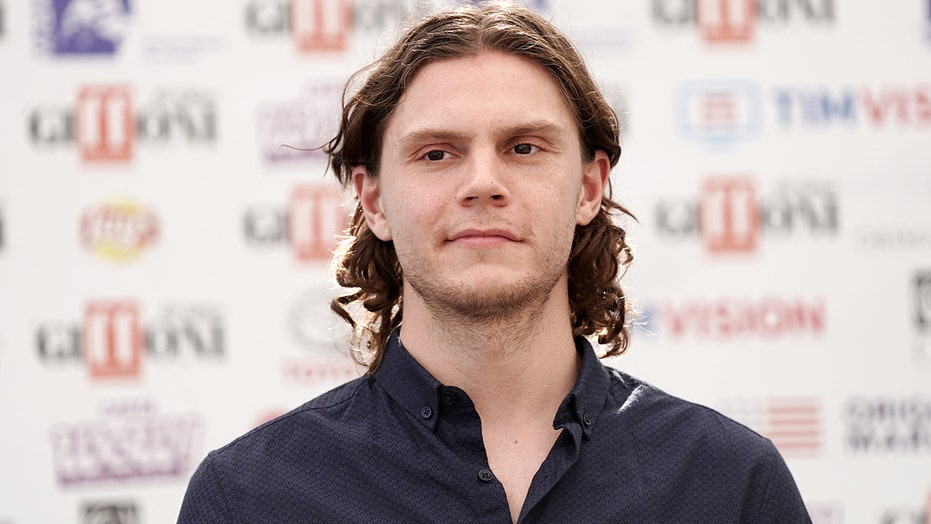 Actor Evan Peters was criticized on social media for sharing a tweet that referred to "piece of s--- looters" who were being chased by police.

A Twitter user shared a video on Monday of helicopter coverage of the George Floyd protests out of Los Angeles showing the police pursuing a looter on foot. The user injected their own commentary, calling the looter a "son of a b----."

"I can watch these piece of s--- looters get tackled all day!!" the person tweeted.

Peters retweeted the video to his roughly 730,000 Twitter followers, but he reversed the move as his name started to trend on the platform.

The "American Horror Story" actor said he "unknowingly retweeted" the post and attempted to save face by expressing solidarity with the Black Lives Matter movement by joining #BlackoutTuesday, where people have been posting a solid black box on social media in honor of Minneapolis man George Floyd. Critics, though, continued to pile on Peters for his quick reversal.

Shortly after, he offered an apology.

"I don’t condone the guy watching the news at all in the video which I have deleted. I unknowingly retweeted it. I’m deeply upset it got on my newsfeed. I sincerely apologize if anyone was offended. I support black lives matter wholeheartedly," Peters tweeted Tuesday.

Meanwhile, the social media user, whose tweet gained plenty of momentum, defended Peters and clarified that he, too, supports the Black Lives Matter movement.

"Seems pretty obvious but for the people that like to twist things: I was out there protesting in Longbeach [sic] Sunday. I am pro BLM! The looters then came out and destroyed my city. Looters are bad protesters are good. I’m sure @Evan_Peters was supporting the taking down of looters," the individual wrote.

Peters is best-known for his various roles in the FX horror anthology series "American Horror Story" and playing Quicksilver in the X-Men film franchise. He has also appeared on television shows such as "One Tree Hill," "The Office" and "Pose," as well as films like "Elvis & Nixon" and "American Animals."