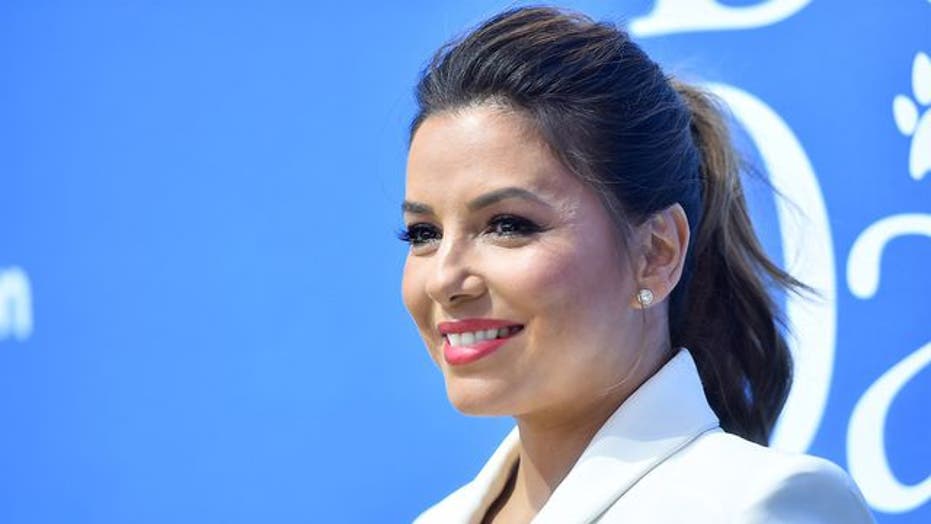 Eva Longoria has done it again.

The 45-year-old actress took to Instagram on Tuesday to strut her stuff in a new swimsuit pic.

In the sultry photo, Longoria leans against a wall with one arm raised above her head as she grabs her hair, which is pulled up into a neat bun.

The star donned a black, one-piece suit with a deep-V that stretched to the middle of her torso. The collar of the suit was dotted with eyelets.

The photo was simply captioned with three black heart emojis.

In the comments, Longoria's fans gushed over the actress' look.

"Just killing it, hermama!" wrote another, using the Spanish word for "sister."

EVA LONGORIA, 45, FLAUNTS BIKINI BOD WHILE HANGING OUT BY THE POOL: 'SATURDAY CHILLIN'

The swimsuit photos have been stacking up on Longoria's Instagram in recent weeks, each one leaving fans stunned by her fit figure.

Most recently, the "Flipped" star shared a pic of herself in an olive green two-piece bikini while relaxing outside.

The star had to take shelter, however, as it was clearly raining in the picture.

"Green with envy," read the caption, which included a green leaf emoji.

"U look amazing!!" wrote Victoria Beckham in the comments. "Kisses!!"

Melanie Griffith added: "Look at you!!!"