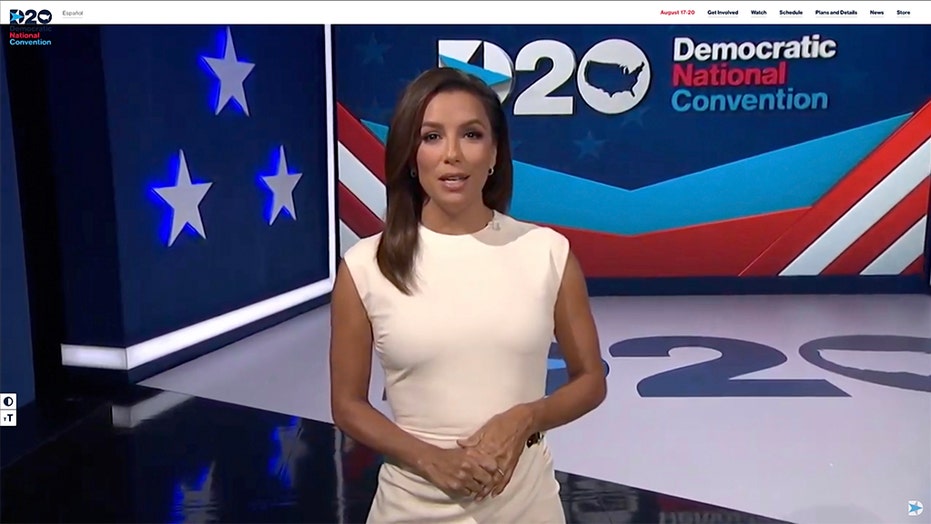 Eva Longoria is emceeing the first night of the Democratic National Convention -- and she received warm approval from her Hollywood peers as well as fans of the actress.

"@EvaLongoria was the PERFECT choice! Seeing her was like a warm hug! And she’s a great interviewer. #DNC2020," wrote actress Yvette Nicole Brown.

Wrote another person: "EvaLongoria [sic] is SOLID! This presentation is excellent, smart! Congratulations to her. The content is so straight forwards. Plans and strategies are being voiced. Watch and learn. GREAT JOB! #DemConvention #unity #DemocraticConvention #DNC."

"You are doing such a great job!!! Woo Hoo!!!" commented another. While another echoed similar comments, writing: "You are doing a fabulous job tonight!!"

In addition to Longoria, Tracee Ellis Ross, Kerry Washington and Julia Louis-Dreyfus will also participate this week with Ross appearing on Tuesday, Washington on Wednesday and Louis-Dreyfus on Thursday, according to Deadline.

On the opening night of the Democratic National Convention, former first lady Michelle Obama, Sen. Bernie Sanders of Vermont and other Democratic luminaries are set to make the case for their presumptive nominee, Joe Biden.

Many of the speeches during this week’s DNC have been prerecorded as the coronavirus pandemic has upended the traditional pomp and circumstance of the major parties’ nominating convention and forced the parties to go digital amid strict social distancing guidelines.

The 2020 DNC will also include a variety of musicians, headlined by Billie Eilish and John Legend.

Also performing will be Leon Bridges, Billy Porter, The Chicks who are formerly known as The Dixie Chicks, among others.