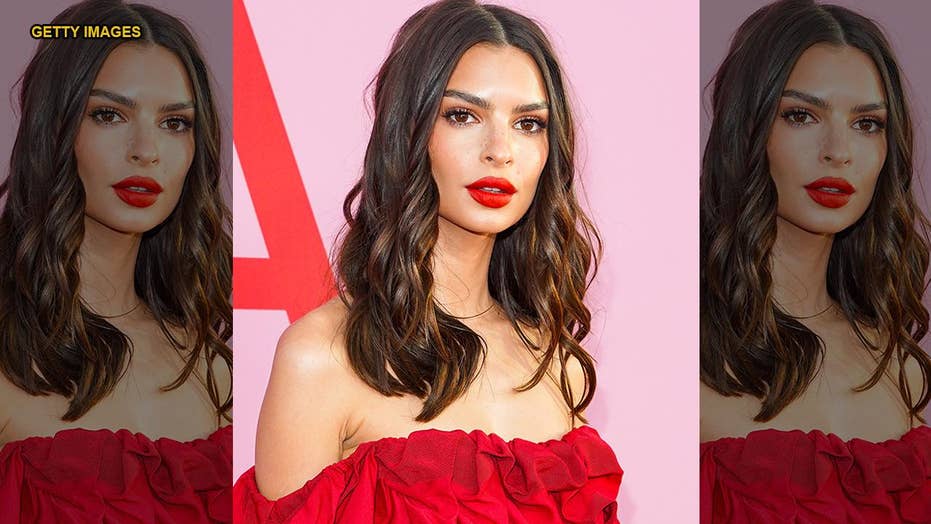 Emily Ratajkowski left little to the imagination when she donned a racy dress on the red carpet at the Toronto International Film Festival on Monday.

The supermodel cozied up to husband Sebastian Bear-McClard as she showed off her toned figure in the cut-out dress. Ratajkowski finished off the look with a pair of strappy heels, minimal makeup, and a nude lip.

Actress Emily Ratajkowski, left, and producer Sebastian Bear-McClard attend a premiere for "Uncut Gems" on day five of the Toronto International Film Festival at the Princess of Wales Theatre on Monday, Sept. 9, 2019, in Toronto. (Photo by Arthur Mola/Invision/AP)

The couple, who wed in February 2018, attended the Toronto International Film Festival's premiere of Uncut Gems, per the Daily Mail.

Over the summer, the cover girl revealed her husband's Instagram skills are … lacking. Aside from sharing her No. 1 travel tip (spoiler: drinking a lot of water) and talking about the couple’s puppy, Columbo, Ratajkowski also discussed her popular Instagram account (the model/actress boasts more than 20 million followers on the photo-sharing platform).

“He’s a good photographer but not [a good] Instagram photographer,” she told People Now at the time. “His pictures are too cute for Instagram — they’re like me being a dork, in a robe.”

Separately, Ratajkowski made headlines when she showed off her slim figure in a budget-friendly dress at a recent New York Fashion Week event.