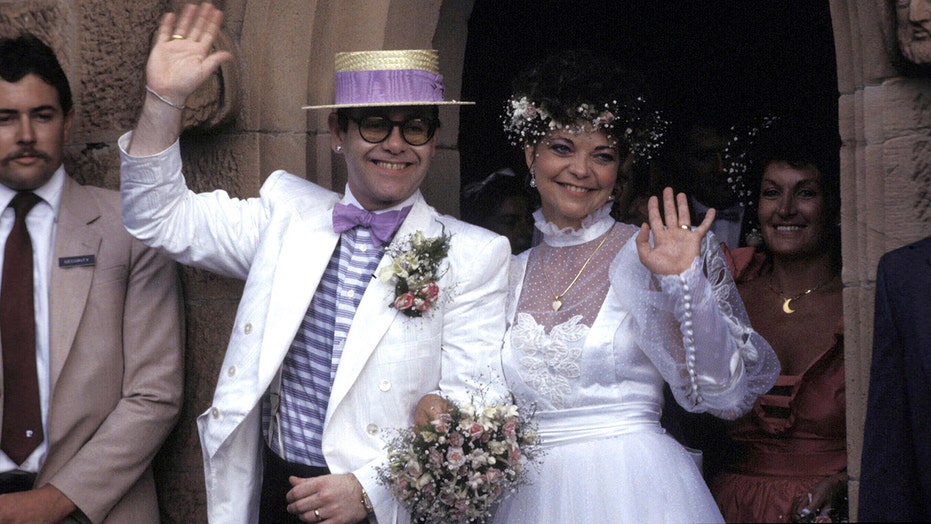 Elton John’s ex-wife, Renate Blauel, is suing the singer over his recent memoir as well as the biopic “Rocketman.”

John married the former sound engineer in 1984. However, they divorced just four years later. As part of that divorce, Blauel claims they agreed to keep certain personal details about the marriage private. She now claims that both his 2019 memoir “Me” and the Taron Egerton-led biopic contained portions that violated that agreement.

According to the BBC, Blauel is suing John for an estimated $3.8 million, citing papers filed at the High Court in London. John allegedly agreed to remove passages from his autobiography before it was published last year. However, she says through her legal team that passages that remain “seriously misrepresented the nature of their relationship.”

She also alleges that she was not consulted about being in “Rocketman,” in which Celinde Schoenmaker portrayed her. She notes that she suffered “great anxiety” after the movie came out when a journalist attempted to locate her at her local village.

Representatives for John did not immediately respond to Fox News’ request for comment.

"In her mind, the film seeks to portray their marriage as a sham, which she wholeheartedly disputes and considers a false and disrespectful portrayal of their time together,” her lawyer, Yisrael Hiller, told the BBC. "Renate wants the privacy that was promised to her -- that is why she is seeking an injunction. Any claim for monetary relief is secondary, and would just cover damages and future expenses caused by Elton's breaches."

Elton John is being sued by his ex wife over his 2019 memoir and the movie 'Rocketman.' (Getty Images)

The $3.8 million figure is referred to in John’s defense, with a source close to the singer telling the outlet that he is “shocked and saddened” by the claim after 30 years of “mutually amicable and respectful divorce.”

The duo met in 1983. They wed the following year in Australia and divorced in 1988. John then began a relationship with David Furnish in 1993 and proposed to him in 2005. They soon entered a civil partnership and fully married each other in 2014 after same-sex marriage became legal in England.