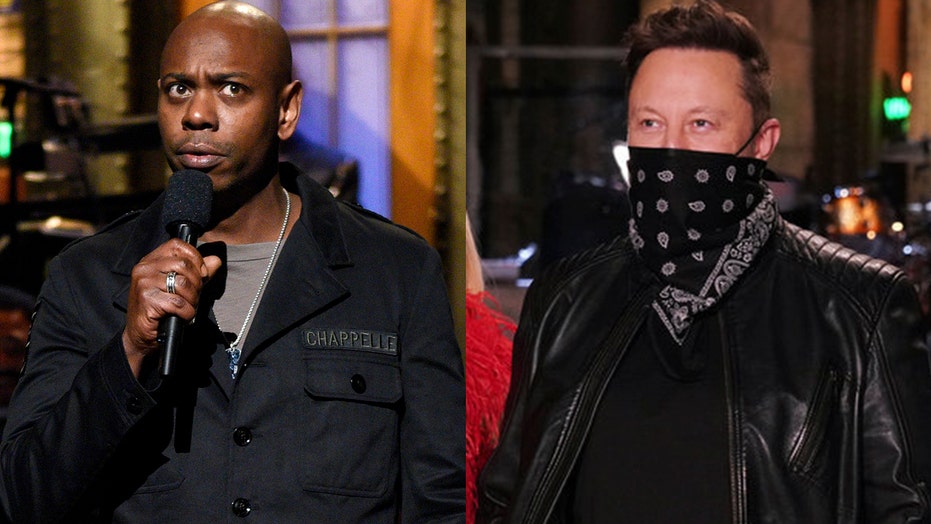 In the weeks leading up to Musk's appearance on the long-running NBC show, reports claimed several of the new "woke" "SNL" cast members were upset.

An industry source told The New York Post: "The new cast are getting a little too big for their britches."

ELON MUSK’S ‘SNL’ CONTROVERSY HAS PETE DAVIDSON CONFUSED: ‘THIS IS THE DUDE EVERYONE'S FREAKED OUT ABOUT?’

Chappelle, who has previously hosted the show, questioned the uproar during an interview with Joe Rogan that aired before Musk's "SNL" appearance.

"Like you said, no one can be woke enough," Chappelle said on "The Joe Rogan Experience." "I’m torn, because I like a warrior for a good cause, but I’m really into tactics. You’re not gonna nag people into behaving … In fact, if you continue with this tone, even if you’re right, you’ll be very hard to hear."

"I teased him about being the richest man on earth, and he took it with good humor," Chappelle recalled of meeting the CEO. "What’s funny, I had hung out with him years ago, after I quit 'Chappelle’s Show'...we hung out on a tour bus, and he says to me that night … ‘I met you before.’ I’m like, ‘Well, I have no recollection.’ He looked kinda hurt."

The technology mogul's May 8 appearance builds upon his recent run of success. Tesla's stock is worth nearly six times more than it was before the pandemic started, leaving Musk with an estimated fortune of $177 billion, according to Forbes magazine. And SpaceX just a launched a mission that sent astronauts to the International Space Station.

Saturday Night Live doesn't make a habit of having business executives host its show, but Musk is far from a stuffy corporate type.

He regularly jokes around on Twitter, where he has nearly 52 million followers and has gotten into legal trouble for making disparaging remarks about critics and hinting that he might lead a buyout of Tesla that resulted in him getting fined $20 million by stock market regulators.