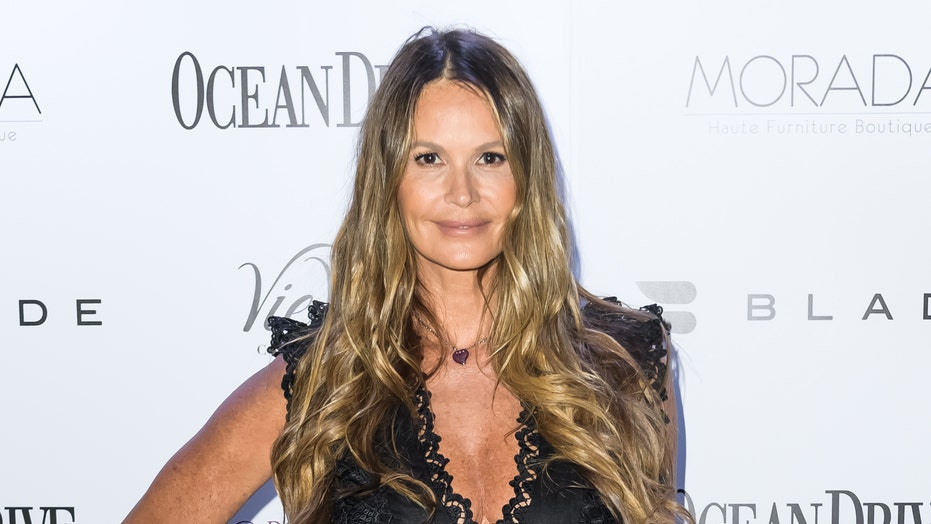 Blast from the past! Elle Macpherson treated her fans on Valentine's Day to a series of throwback photos documenting her first days as a mom in the late 1990s.

In the first photo, Macpherson looks radiant in a white button-down shirt as she holds newborn Flynn.

Another touching photo included in the series of snaps shows Arpad Busson as a new dad cradling the little one, who is wrapped in a blanket.

Elle Macpherson celebrated Valentine's Day with a shoutout to the birth of her first son, Flynn. (Reuters)

Additional photos show Flynn during his transformative years, including the mother-son duo gracing the cover of Harper's Bazaar Australia for its October 2000 issue.

The throwback pics also include a more recent shot of the supermodel matching her son in dark sunglasses.

Macpherson often posts photos of her two boys in addition to sultry snaps showing off her fashionable looks.

The supermodel has been celebrated for years as one of the most beautiful women in the world, having previously been nicknamed "The Body" by Time magazine in 1989.

Last year, the former "Friends" star shared how she stays in such great shape, telling Vogue Australia she credits regular yoga sessions, swimming in the ocean and jogging.