Elizabeth Hurley is enjoying some time at home.

The actress and model, who rang in her 56th birthday earlier this month, took to Instagram on Sunday to share a photo from her "staycation." In the snapshot, Hurley is seen wearing a striped bikini bottom and a flowing robe with nothing else underneath.

"Having my own staycation… in my own home," Hurley captioned the simple snap of herself, which showed off her svelte physique.

It took no time for fans to fawn over the ageless beauty.

"Who needs a view of the ocean, or any other wonders of this planet when we have this beautiful ageless creation," one fan commented of the Elizabeth Hurley Beach swimsuit founder.

The British performer launched the London-based swimwear label in 2005. 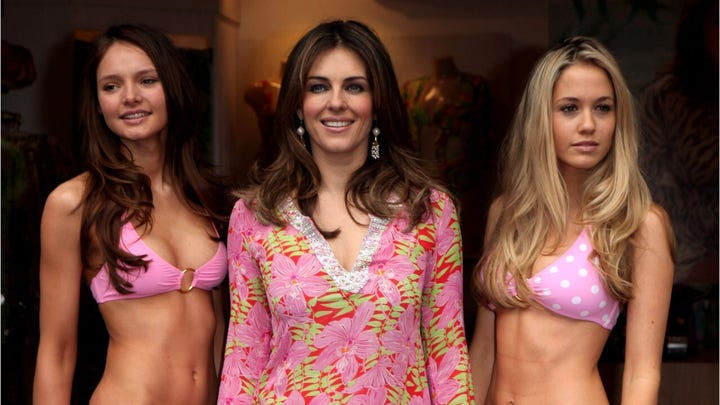 "I decided to venture into beachwear not only because I’ve always been obsessed with vacation clothes, but also because it’s an area where women, regardless of shape or size, can either look amazing or really get it wrong. I wanted to develop resort collections, which make women feel fabulous at any age," she said on the company’s site at the time.

Hurley also told Closer Weekly in a 2017 interview that her swimwear collection "allowed" her "to be more flexible" with her time and work while her son Damian was at school.

"Looking after my son became my number one task, and it was a joy to have someone else on whom to focus," Hurley told the outlet. "I was 36 and had been worrying about myself for quite long enough. I stopped doing movies and TV for the first eight years of his life, and I don’t regret it for a moment. I always put him first."

Hurley issued a tribute to Bing at the time, writing, "I am saddened beyond belief that my ex Steve is no longer with us. It is a terrible end. Our time together was happy and I'm posting these pictures because although we went through some tough times, it's the good, wonderful memories of a sweet, kind man that matter."

She added, "In the past year we had become close again. We last spoke on our son's 18th birthday. This is devastating news and I thank everyone for their lovely messages."