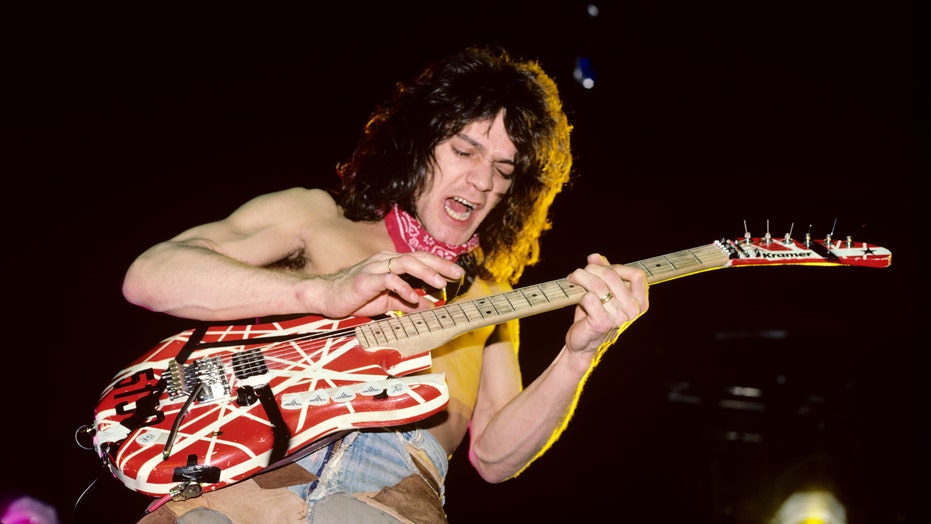 Eddie Van Halen was reportedly cremated and his ashes were delivered to his son, Wolf.

The late rock star and frontman of the popular band Van Halen died in early October after a lengthy battle with cancer. At the time, Wolf, 29, broke the news to the world.

"I can't believe I'm having to write this, but my father, Edward Lodewijk Van Halen, has lost his long and arduous battle with cancer this morning," he wrote on Twitter at the time.

"He was the best father I could ever ask for. Every moment I've shared with him on stage and off stage was a gift," Wolf continued. "My heart is broken and I don't think I'll ever fully recover from this loss."

Eddie was cremated 22 days after his death, according to a death certificate obtained by TMZ. The outlet reports that his final wish was for his ashes to be scattered in the Pacific Ocean near his hometown of Malibu, Calif. It’s unclear if Wolf has made good on those wishes yet, but TMZ reports he’s expected to do so.

Representatives for Wolf did not immediately respond to Fox News’ request for comment.

Wolf has been very outspoken about the grieving process he’s going through since his father’s death. In November, he sat down for an interview with Howard Stern for his SiriusXM show, where he was honest about the fact the he wasn’t doing well since it happened but was grateful for the time medical treatment gave them together.

"At the end of 2017, he was diagnosed with stage four lung cancer and the doctors were like, 'You have six weeks,'" he told Stern. "And then he went to Germany, overseas. Whatever the f--- they do over there, it's amazing because I got three more years with him."

Prior to that interview, Wolf spoke out on social media as well, sharing a black-and-white photo of himself and his father smiling.

One of rock 'n' roll's singular and most gifted guitarists, Eddie Van Halen, died in October at age 65 after a lengthy battle with cancer. (Ebet Roberts/Redferns)

He concluded: "I love you so much, Pop. It’s really hard being here without you."